FALVEY MEMORIAL LIBRARY
Home Search Guides Help
You are exploring:  Library  >
Exhibits Home  >
A Great Thing for our People: The Institute for Colored Youth in the Civil War Era  >
Moments  >
The Equal Rights League and Suffrage

Is it not our duty to ask in the name of justice, in the name of humanity, in the name of those whose bones whiten the battle-fields of the South, that every bar to our political enfranchisement be now and forever removed? Do this and all other evils and outrages will be disappear as the dews of morning melt before the morning sun.
–Proceedings of the State Equal Rights Convention of the Colored People of Pennsylvania, 48-51

In 1864, excitement filled the streets of Philadelphia. The Pennsylvania State Equal Rights League was forming, and ICY graduates would have a decisive voice in rallying for black suffrage and equality. After the Emancipation Proclamation in 1863 and the United States Colored Troops’ service in the Union Army, black activists in Philadelphia and Pennsylvania’s other urban communities looked forward with anticipation to black voting rights. The National Equal Rights League was founded in Syracuse, New York in 1864 by famous abolitionist Frederick Douglass to lobby for equal rights  and anti-segregation policies. Pennsylvania civil rights activists followed soon after.  William Nesbit of Altoona served as its first president. Institute for Colored Youth graduates Jacob C. White, Jr. (class of 1857) and Octavius V. Catto (class of 1858) were elected the Equal Rights League’s corresponding secretaries. 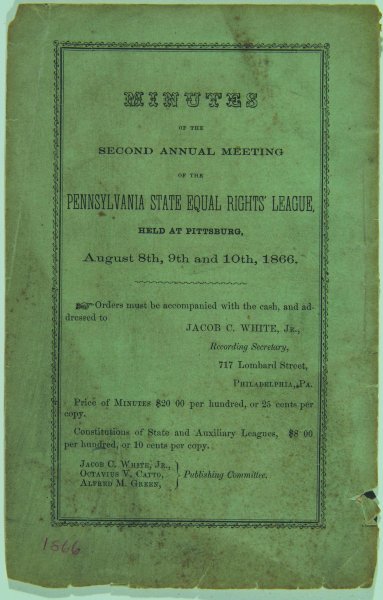 Pennsylvania’s League appointed a committee comprised of Catto, D.B. Bowser, and William D. Forten, to lobby the Pennsylvania State Legislature. Catto and White also acted as liaisons to Congressmen William Kelley and Thaddeus Stevens on behalf of the League. The newspaper, The Christian Recorder, served as the League’s official press source. Like relief organizations, the League found its home in churches where members of the African American community could congregate and socialize while advocating for suffrage.  But with White and Catto active in the League, the Institute for Colored Youth served as another site of organization.

While the Equal Rights League rallied on behalf of black men’s voting rights, the organization did not officially endorse black women’s suffrage. Women served as members of the League’s auxiliary branches and signed congressional documents advocating suffrage but were not elected to authoritative positions within the League.

One of the key tenets of the Equal Rights League was biracial diplomacy. Catto, White, and others in the League worked alongside of white abolitionist allies in the Republican Party and presented speeches before skeptics and Democratic officials in broad public audiences in an attempt to change segregation policies. The Equal Rights League made groundbreaking attempts to unite blacks and whites to promote African American citizenship, against considerably and growing resistance from the Democratic Party.

The Equal Rights League debated at length about education reform. Catto’s personal lobbying platform promoted separate schools for black students, taught by black teachers (similar to the Institute for Colored Youth). Rather than serving as a form of segregation, Catto argued that the schools would benefit black students by enabling them to receive the same quality classical education that white students were obtaining, without enduring the racism of white students and teachers.

From the 1860s-1870s, the representatives of the Pennsylvania Equal Rights League fought vigorously for streetcar rights. The members of the League joined a mass effort with other organizations such as the Colored People’s Union League to distribute literature on streetcar violence, lobby white voters, and enforce streetcar desegregation policies when they came into effect.

Following the Civil War, the League provided funding and support for freedmen and Freedmen’s Bureau teachers, including ICY graduate Sarah “Sallie” Daffin (class of 1860) who taught in Clinton, Tennessee. The Harrisburg, Pennsylvania chapter of the PA Equal Rights League contributed funds to build a church school where Daffin was installed as a teacher. 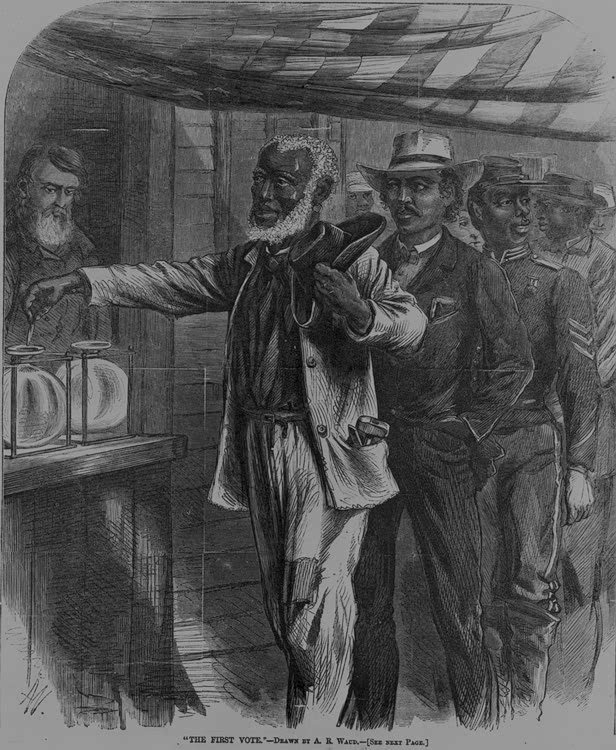 Although the League’s policies were instituted by prominent black activists and community leaders like Catto, White, and Douglass, its initiatives were supported by everyday people, many of whom were impoverished and donated money from meager weekly salaries.

Due to widespread lobbying initiatives from the League’s prominent members (particularly William Nesbit) and their congressional allies such as Charles Sumner, William Kelley, and Thaddeus Stevens, they were successful in pressuring congress to pass the Fourteenth Amendment in 1866-1867, facilitating preliminary civil rights but not universal suffrage for southern and northern blacks. In 1870, the Fifteenth Amendment was ratified, a defining moment in granting voting suffrage for black men. The Equal Rights League had been victorious in its long journey to attain suffrage, but many trials still awaited them. The League defended black voters from continual cases of election interference and remained at a standstill with segregated school policies. The League faced its greatest test when Catto was assassinated on Election Day of 1870 by one of the members of a Democratic racist group attempting to stop blacks from voting. Despite this shattering tragedy, the Pennsylvania chapter of the Equal Rights League persisted until 1877. In thirteen formative years, the Equal Rights League and the body of students from the Institute for Colored Youth who comprised much of its membership had witnessed the culmination of the Civil War, the Freedmen’s Bureau, streetcar protests and justice, the passage of the Fourteenth, Fifteenth, and Sixteenth Amendments, and the assassination of its influential member, Octavius Catto. The League’s work had been an invaluable contribution to civil rights for generations of African Americans. 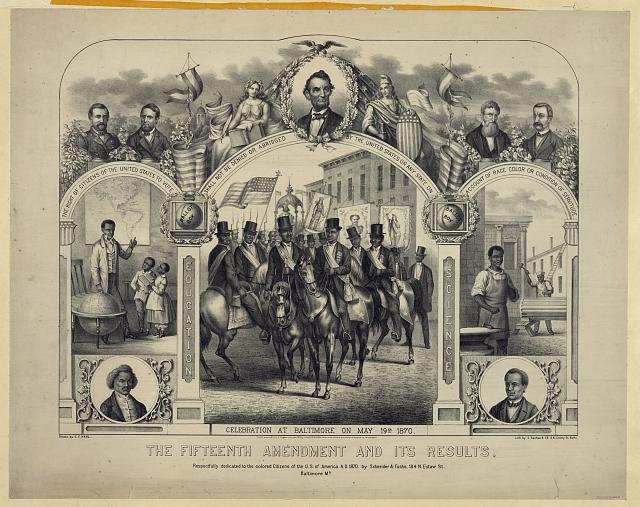 1."Cover Page of the Minutes of the Second Annual Meeting of the Pennsylvania State Equal Rights League, 1866"
(Historical Society of Pennsylvania)