The following is an analysis of the odd house numbers from 201-233 on Simpson Road in Ardmore, PA as per the 1920 census. This road is a rather long thoroughfare that traverses several blocks, and the aforementioned houses are from the southernmost portion of this road, adjacent to County Line Road, and are on the eastern side of Simpson Road closest to Chestnut Avenue. The houses on this side were mainly free standing houses, with three sets of twin houses. When compared to other houses in the less affluent, Southwestern area of Ardmore, this region was composed of a much greater proportion of free-standing houses, even when compared to the western side of Simpson. This could potentially signify that the people who lived here were, in general, slightly better off than those who lived in other portions of Southwestern Ardmore. However, the lot sizes are nowhere as near as large as those of people who resided in more wealthy regions of the district, such as Linwood Avenue. This area is extremely interesting as it contained a higher immigrant population than this district as a whole, which had ramifications for the average household size, age, literacy rate, occupation, and proportion of boarders/lodgers.

One hundred people resided in this southeastern segment of Simpson Road, of whom 61 were male and 39 were female. Unlike the 48% male 52% female division for the district as a whole, this area had a higher proportion of males. The 100 residents were divided into 15 households, of which 7 were rented properties, 7 were owned and still under mortgage, and 1 was owned and free. This ratio of about half owned and half rented properties was very similar to that of the entire district. However, the average household size here was closer to 7 people, which was much greater than the average household size of 4 for the district as a whole; but this is not surprising considering these households were in the less prosperous area of Ardmore forcing more people to live in fewer houses. In fact, of the aforesaid three sets of twin houses, Italian immigrants or second-generation Italians lived in two of these sets, and two black families lived in the other set. Since immigrants, especially the Italians during this time period, and blacks made up significant portions of Ardmore’s lower income communities, it was likely more economical for them to live in such arrangements. Of these 100 people, 35 were married, 57 were single, 4 were widowed, and 4 were divorced. Furthermore, the vast majority of these people were 30 years old or under (77%), whereas approximately half of the people in the entire district were 30 or younger; hence this region had a very young population. Many of these younger people were children within extended immigrant families or the second-generation offspring of recently immigrated couples.

In terms of racial diversity, this area displayed a similar pattern with the district as a whole since approximately 10% of the population was black in both cases. There were no people designated as mulattos living in this segment of Simpson. In terms of ethnic diversity, however, a pattern different from the district as a whole emerges: 40% of the people were immigrants, as opposed to less than 17% for the entire district, with the vast majority (33%) from Italy and the other 7% from Ireland. Most of these individuals had immigrated in the first two decades of the twentieth century. Additionally, by including second generation residents, these numbers jump to 52 Italians, 16 Irish, and 1 person each who was either German or French. The remaining 30% of the people were part of families that had been United States citizens for at least three generations, since the census allowed tracing of birthplace up to three generations within each family. Thus, this zone had a very large immigrant population as compared to the entire district, and this population was predominantly Italian. The high percentage of immigrants played a role in decreasing the literacy rate of this area to 91%, which was lower than the 98% of the entire district. As all of the illiterate residents were immigrants, race did not play nearly as significant a role as citizenship did in the literacy rate of this particular region; but race was certainly a major factor in the literacy rate of the district as a whole, since about half of those illiterate in the district were African-American and the other half were immigrants.

There are two main explanations as to why more than half (57%) of the people living in this area did not hold any occupation. First, nearly half (43%) of the residents here were 17 years of age or younger. Second, though males outnumbered females in this area, as aforementioned, females typically were not expected to work outside the home. In fact, only 5 of the women from this section of Simpson Road were listed as having occupations, meaning that they made up less than 12% of the workforce there (which is lower than the 30% female composition of the district's workforce). In more general terms, of all the 43 people for whom occupations were listed, most were laborers (23%). These laborers, more specifically, were often part of the highway, auto factory, and house building industries. South Ardmore during this period of the early 1900’s was undergoing a major expansion. This was driven especially via the railroad line and the auto factory. Though not many people in this region specifically listed the railroad as an industry, the effects of this expansion can certainly be seen in the number of laborers involved in laying down the highways to grant more access to this zone and also in the laborers who built new houses as the population increased. The high proportion of laborers is a common feature of the less affluent Southwestern area of Ardmore, whereas more professionals resided closer to the actual railroad. This could have been the consequence of intentional geographic development for this district whereby the wealthy may have wanted closer access to the railroad for transportation and greater proximity to Lancaster Avenue’s businesses, while relegating the poor, blue-collar workers to the southwestern portion.

Finally, 1 in 5 people who lived in this zone was either a boarder or a lodger, which is a much higher ratio than 1 in 20 boarders/lodgers for the district as a whole. Additionally, these people were often recently immigrated from either Italy or Ireland. The high probability of a boarder/lodger being an immigrant provides evidence for a potential chain migration, especially amongst Italians since more of them immigrated to this area in the early 20th century than any other ethnicity. This would mean that the newly immigrated people may have made connections with and lived with already established immigrant families; further evidence of such an event is seen in the fact that there was often a greater number of boarders/lodgers than actual family members in some households. In conclusion, this region was very similar to the district in terms of racial diversity (but lower than the western side of Simpson Road), but the high immigrant population and ethnic diversity made this portion of Simpson Road distinct in the Southern Ardmore district. 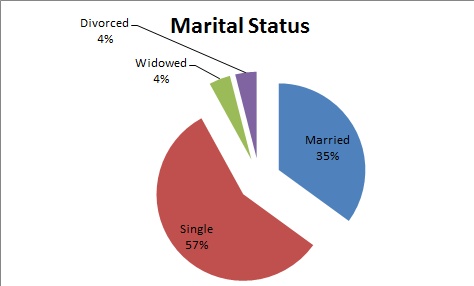 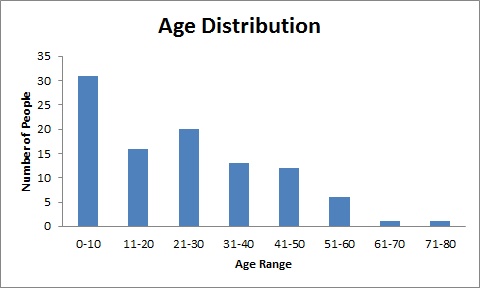 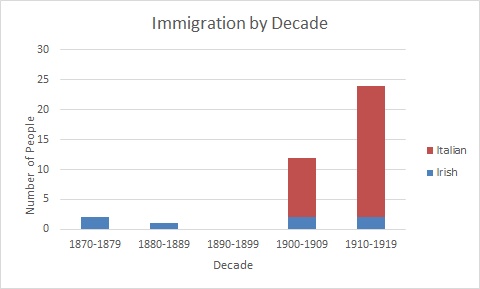 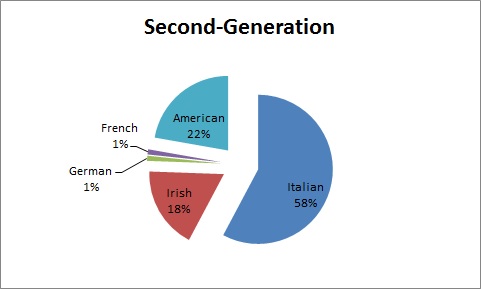 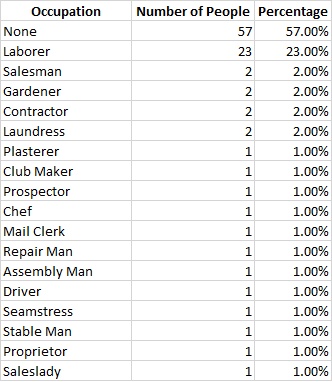 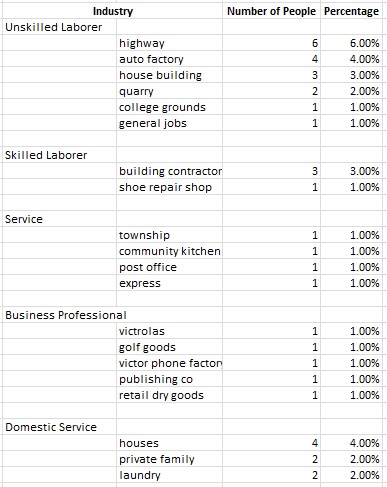