The western half of Simpson Road, sandwiched between East Spring Road on the north and County Line Road on the south, was one of Ardmore’s most racially diverse areas in 1920, but also one of its most uniform economically. Residents of west Simpson in 1920 were largely immigrants, children of immigrants, or African-American. At the same time, the economic profile of the region was, with little variation, blue-collar and lower class. For the purposes of this analysis, lower class will characterize people with low-wage occupations and blue-collar will be used to describe workers whose jobs involved a high degree of manual labor.

The western half of Simpson Road was far more racially diverse than the rest of Ardmore. Simpson Road saw a concentration of non-whites (combined “black” and “mulatto”) that starkly contrasted with the rest of the district. In Ardmore in general, non-whites only comprised about one-tenth of the population. On the western side of Simpson Road (see below), over a third of the population was non-white. Of the 33 blacks on the street, 20 were from Southern states or had parents who were from the South. Blacks who lived on west Simpson were not even well established. They were largely migrants from former confederate states. 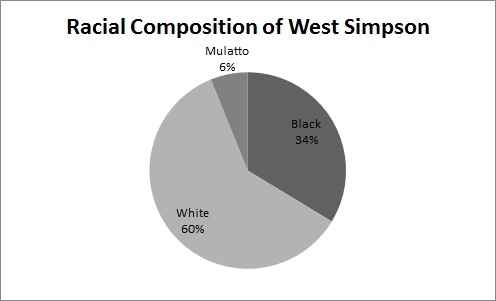 While whites still outnumbered blacks on the west side of Simpson, they were by no means the established and powerful whites that lived elsewhere in Ardmore. Immigrants accounted for 27% of the total population of 98, much higher than the 17% seen in the general data set. Moreover, out of the 59 whites on the street, 25 were immigrants. Most of these immigrants were Italian. Italian immigration to the west side of Simpson had increased every decade after 1900. New immigrants were likely attracted to the west side of Simpson because of the strong Italian presence on the road. First and second generation Italians accounted for the single largest ethnic group on the western half of Simpson Road. Italians even outnumbered (see below) Northeast Americans (1st and 2nd generation from New York, New Jersey, Pennsylvania and Maryland). The west side of Simpson Road was a street made up almost entirely of racial and ethnic minorities. Of the 98 people who lived on Simpson, only 8 were white and had two generations of American ancestry. They all lived in one home. 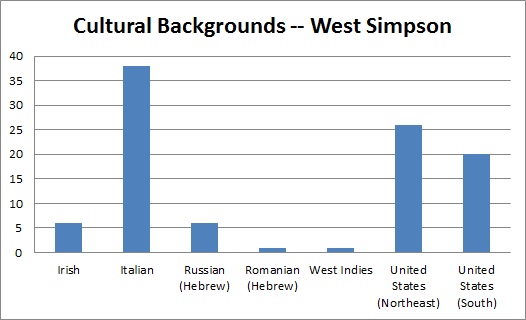 Consistent with expectations for a neighborhood so dominated by racial and ethnic minorities, the population of Simpson was overwhelmingly lower class. On west Simpson there were almost 2.5 wage-earners per household. In the rest of Ardmore, even taking into account servants who lived where they served, each household only had 1.8 wage-earners. Residents of the west side of Simpson Road needed income from more than one job to make ends meet. The male-to-female ratio on west Simpson was the reverse of Ardmore as a whole. In Ardmore, women outnumbered men 1.1 to 1. On West Simpson men outnumbered women 1.2 to 1. Men played a more important role on this street, where each family needed as much income as possible to get by.

The lower income of residents on Simpson was also evident in their housing situation. While the average household size for the general data set was close to 4, the west side of Simpson on average had almost 6 people per household. These larger households were squeezed into much smaller lot sizes. Even one or two blocks north, smaller families enjoyed lots twice the size. Not only were the sizes of their lots smaller, residents of the west side of Simpson Rd were also more likely to rent than own their homes. Two-thirds of Simpson residents rented their houses, whereas in Ardmore in general, only about half rented. For families of lower income it is much easier to rent than afford a mortgage.

The lower income experienced by the residents on the west side of Simpson was consistent with the education level of its residents. Compared to Ardmore in general, where only 2% of people were unable to read and write, illiteracy among residents of the west side of Simpson Road approached 9%. Even among those who were able to read and write, their occupations did not require more than basic literacy skills. Of the 42 workers enumerated in the 1920 census (see full chart below), 71% were unskilled laborers, whether they were employed by companies, the government or private families. Of the remaining 29%, 22% still worked with their hands, employed in traditional artisanal trades like tailoring and modern ones like automobile maintenance.1 Interestingly, the presence of these manual trades in this district suggests a change in the status of some traditionally more profitable trades. One resident of Simpson Road was a blacksmith, a trade that would have previously been firmly middle class. Their presence on a largely lower class street, however, suggests that by 1920, the trade but had lost its luster. The workers on the west side of Simpson were almost entirely blue-collar and lower class. 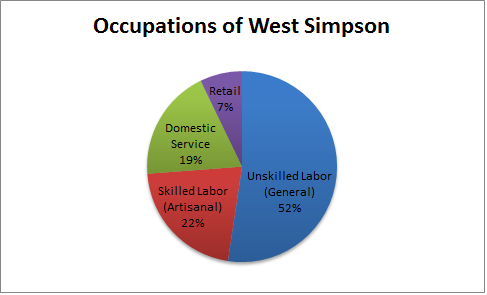 The west side of Simpson Road in 1920 represents a forgotten aspect of "The Main Line." Overwhelmingly thought to be white, blue-blooded and rich, conceptions of this area rarely include the racial diversity and economic struggles experienced by the west side of Simpson. Its residents were white, black, and mulattos, immigrants and their sons and daughters. They were not financial giants or owners of huge estates. In income and occupation, they more resembled the urban poor than the suburban elite. 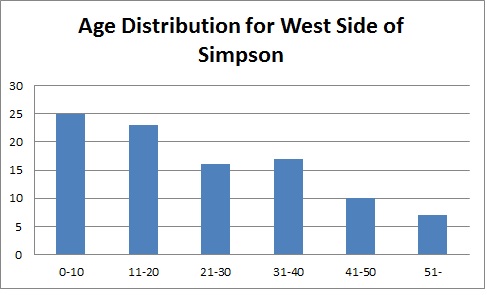 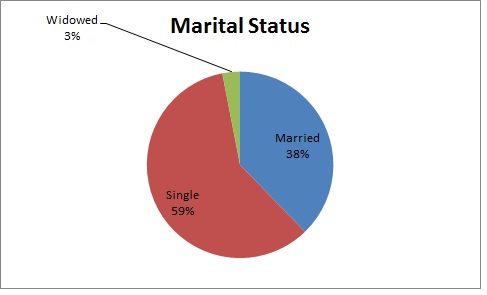 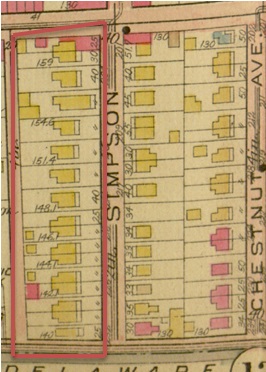 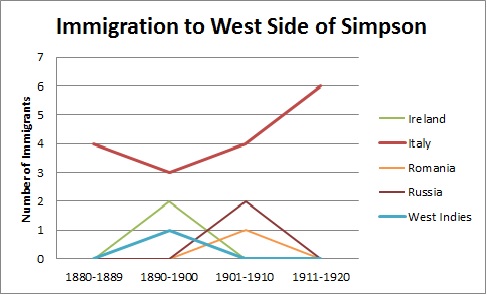 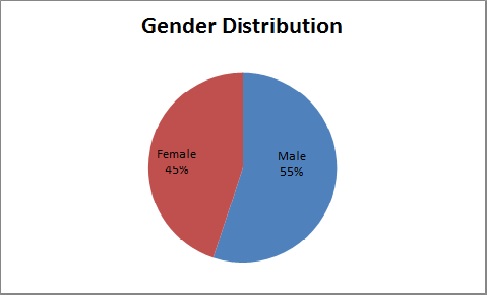 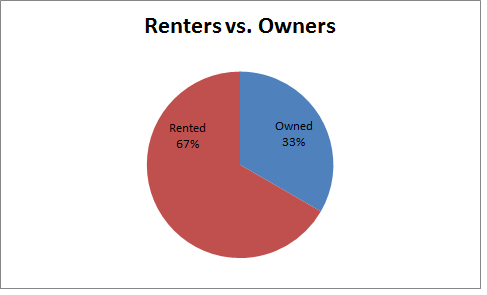