Shea’s Terrace, located off of East Spring Avenue, between Linwood and Chestnut, was a cul-de-sac backed up to the property of Carl Conway. As a whole, the population was compromised of lower-middle class whites. However, a good portion were of foreign birth or had foreign born parents. Generally this group was young, almost entirely literate, equally split in terms of gender and was employed in manual labor professions. The characteristics of Shea’s Terrace are very indicative of the entire population of South Ardmore.

The small street was home to 93 people living in 18 single-family households. Five of the families reported that they each had a boarder living with them. All of the families rented their homes. The houses were of moderate size and they were connected to another; they were not free-standing houses. This type of housing, also called twin homes, is usually associated with areas of lower socio-economic status. Twin homes were the typical kind of house found in the south-western area of Ardmore. Looking at the Mainline Atlas, it is clear that the further south the smaller the properties and houses became. The houses closer to Lancaster Avenue, such as those on Linwood Avenue, were free standing and of substantial size. Their respective properties were also quite sizable in comparison to the small lots on Shea’s Terrace.

All of the residents were white, which was representative of the white-dominated area of south Ardmore. While Ardmore was generally entirely white, there were small pockets of African Americans located on the specific streets of Chestnut Avenue, Sheldon Lane, Simpson Road and Walnut Avenue. All of these streets were located to the west of Shea’s Terrace. Women substantially outnumbered men in the entire community, but Shea's Terrace deviates slightly from the norm in terms of gender. There were 47 males and 46 females living on the street, making the gender split almost equal.

The majority of inhabitants were single. Out of the 93 residents 53 were single, which was 58 percent. The trend in marital status can be explained by the age breakdown of the area. This population was very young with the majority of residents between the ages of zero and ten. The trend in age is the same for both Shea's Terrace and the entirety of South Ardmore.

Everyone who lived on Shea’s Terrace was literate, save one. The on individual that reported illiteracy was an elderly female immigrant from Ireland.  The rest of the immigrants that lived on the street were literate, which indicates the value of education in foreign nations in the early twentieth-century. It is also important to note the presence of four schools in the Ardmore area; clearly the education of their communities’ youth was a priority. This explains the relatively low illiteracy rates of the entire population of South Ardmore. Only 4 percent were reported as illiterate.

Shea’s Terrace was almost entirely made up of native Pennsylvanians and Irish immigrants. Out of the 93 people population, 66 were born in Pennsylvania. The other large portion of the population was immigrants born in Ireland. The only other states in which residents were born in were New Jersey and Virginia. While there was a substantial number of immigrants living on this street, the native-born Americans still greatly outnumbered the foreign born almost three to one. All of Shea’s Terrace’s immigrants entered the United States between the 1880’s and the 1910’s, with the most coming in the decade after 1900. The immigrants came from England, Canada, Italy, Scotland, but the overwhelming majority came from Ireland. Ireland was the most common country of origin throughout all of South Ardmore. Out of the 24 immigrants, 18 of them claimed Irish birth. The other countries, England, Canada, Italy and Scotland, were only represented by one to three individuals.

In addition to the sizable immigrant population, there was a good portion of residents that reported having parents of foreign birth. There were 35 of these second generation Americans living on Shea’s Terrace. 24 of them had Irish born parents, which was the highest group. After this the number of inhabitants with foreign born parents drops down significantly to under five. This coincides with the high number of Irish immigrants and the low number of immigrants from other countries. Combining the 24 immigrants and the 35 second-generation Americans leaves only 34 total residents that were born in America to American born parents. The inhabitants of Shea’s Terrace were therefore more European than American in ethnicity.

A very small portion, 28 out of 93, of the residents of Shea’s Terrace was employed. However, this can be attributed to the young age of the majority. Looking closely at the census data, 18 years of age seemed to be the age at which most young adults started working. Setting 18 and above as the parameters, only 48 individuals were even eligible for employment. All of the men over 18 were employed, which left all of the women in the age group unemployed, except for three. Only three women from this neighborhood held jobs. Surprisingly, one of these women worked as a machine operator at the auto factory. The other two were employed in more traditional female occupations; errand girl and general house worker for a private family. For the 25 males in the workforce, the most popular occupation was machine operator at the auto factory.  The presence of an automobile factory in Ardmore made it the industry that employed the most people throughout the entire community. Shea’s Terrace coincided with this characteristic with 53% of its workforce employed there. The other industry in Ardmore that employed many men was the railroad. Because of the town’s location right on the main railroad line, many people found jobs within that company’s ranks. Three of the men from this neighborhood worked for the railroad in varying capacities; two were simply laborers and the other was a freight clerk. The rest of the jobs in which the residents of Shea’s Terrace were employed were menial and labor-based. These types of jobs reflect a lower income area, which is not surprising considering the type of houses they lived in and the location of the neighborhood. 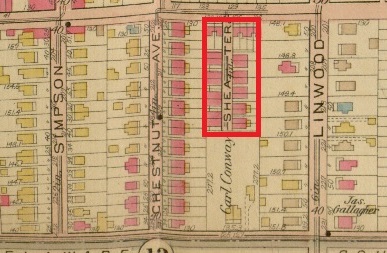 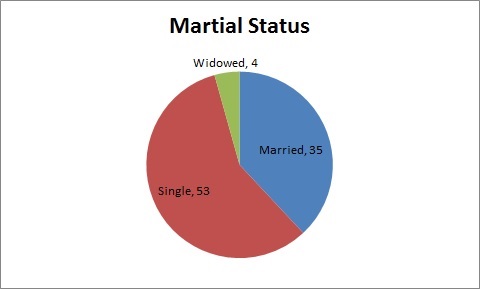 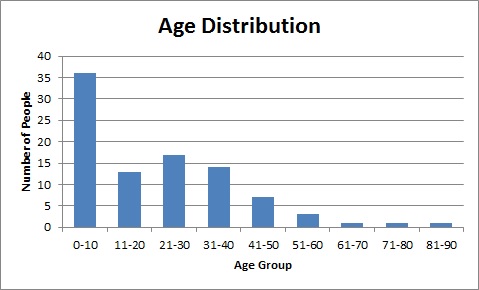 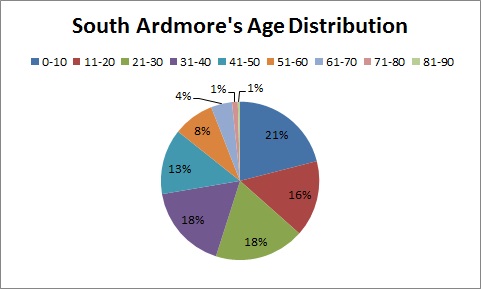 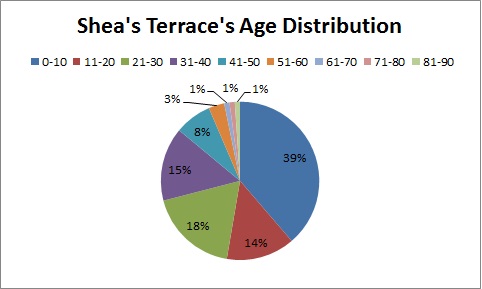 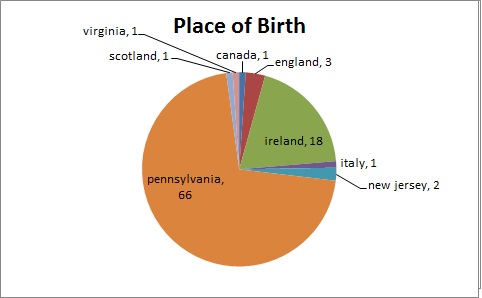 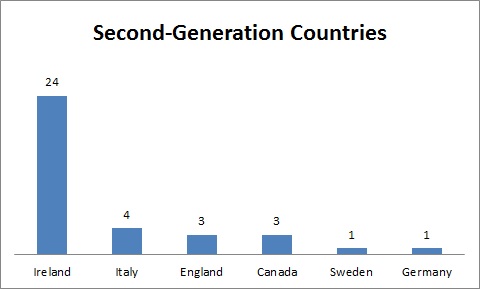 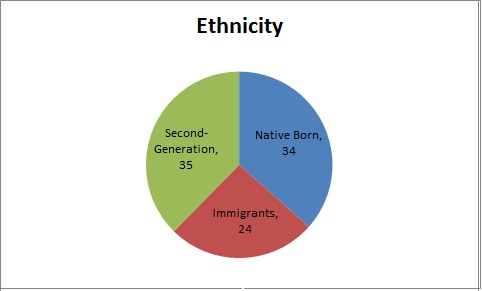 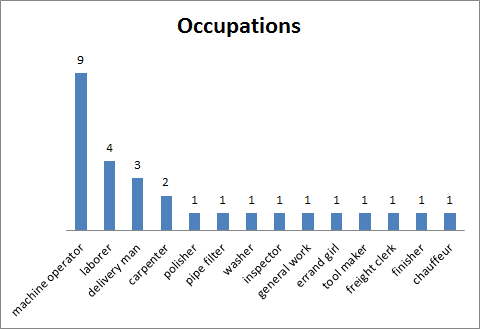 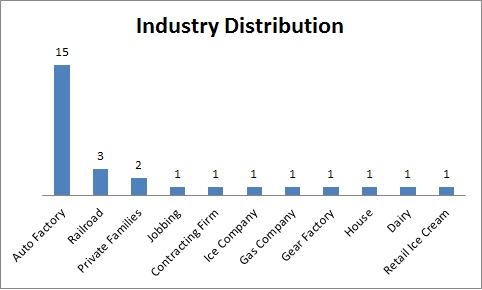