In 1920, tucked away in the southeast section of Lower Merion, Edgemont Avenue was a smaller street situated between the two main roads of East Spring Avenue and County Line Road.  At this point in time, the street was completely developed, however it was not always found to be this way.  Up until 1896, the entirety of Lower Merion consisted mainly of large undeveloped plots of land, with only a few sections of houses very close to the railroad station, mainly concentrated on Ardmore and Cricket Avenue.  However, after 1896, an atlas of Lower Merion shows that many of these large plots of land were now filled with large and small single family homes, for the well-off and twin homes for those of lower socio economic status.  As expected, these new homes were located near the main road of Philadelphia and Lancaster Turnpike, but also, more notably, around the streets further away from the main hub of social activity, like Chestnut, Linwood and Edgemont Avenue.  In the year 1896, Edgemont Avenue was no longer just a large plot.  Instead it was co-owned by Margaret C. Green and Miss G.E. Sanders, and as the map indicates, was in the process of being developed for more homes, seeing as it was sectioned off in the map.

It was very common for the streets further away from Philadelphia and Lancaster Turnpike to not develop as quickly as the houses closer to the main street.  Such was the case for Edgemont Avenue.  Very much a developing section of the southern part of Lower Merion, Edgemont Avenue remained neglected until 1913 when both sides of the street were finally developed.  The homes built on this street were twin homes that were 25”x30” save for the last home on the left side of the street which was free standing and measured 25”x32”.  Compared to the nicer parts of Lower Merion, these homes were much smaller.

In particular, according to the 1920 census data, an analysis of the population that lived in this western section of Edgemont Avenue is consistent with the general data of south Ardmore.  Both had high rates of immigration, a high concentration of young people and a tendency for men to hold a job in the auto car industry.  In contrast, as a whole, the population of the west side of Edgemont was not representative of South Ardmore in terms of race, seeing as white people comprised the entirety of the population.   However, while this is not a racially diverse population, it is very culturally diverse, and boasts a notably high rate of immigration, very much indicative of chain migration.

The west section of Edgemont was home to ninety-eight people living in twenty-three twin homes.  There were equal numbers of male and female, forty-nine each, and the majority was of a younger age, typically thirty years old or younger.  In addition, everyone was white and literate.  This is a bit skewed from the general data which had a larger presence of African Americans, as well as a slight number of illiterate people.  Of these twenty-three homes, fourteen had at least one parent who was foreign-born.  Household sizes ranged from two to nine people, but the average was closer to three.  In addition, the majority of these homes were owned, not rented indicating the possibility of chain migration for this section of Lower Merion.  With a higher tendency to own homes, the likelihood of establishing a community was higher and thus probably drew certain people to this section. 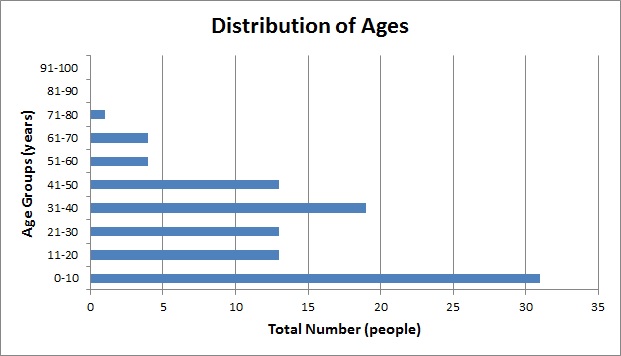 For being such a small section of south Ardmore, the west side of Edgemont Avenue was packed with culturally diverse people.  Immigrants came from Ireland, England, Scotland, Wales, Germany and Canada.  But the main sources of immigrants were Ireland and Scotland. Twenty-seven percent of the inhabitants were born outside of the United States and a further thirty-nine percent had at least one parent who was foreign born.  Immigration to Edgemont Avenue peaked in the 1900s, with a total of ten immigrants settling down, versus the more typical five or six. 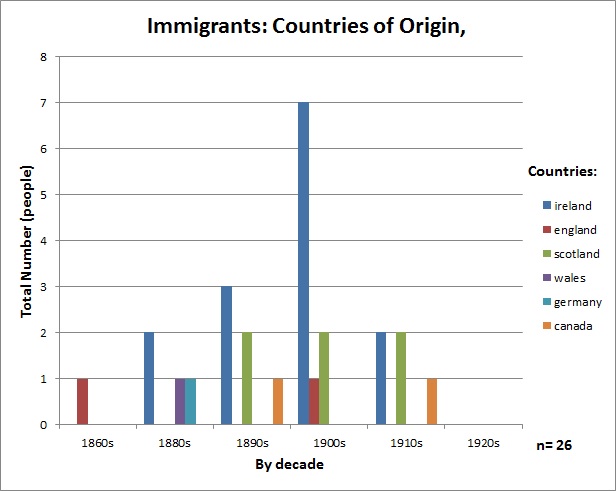 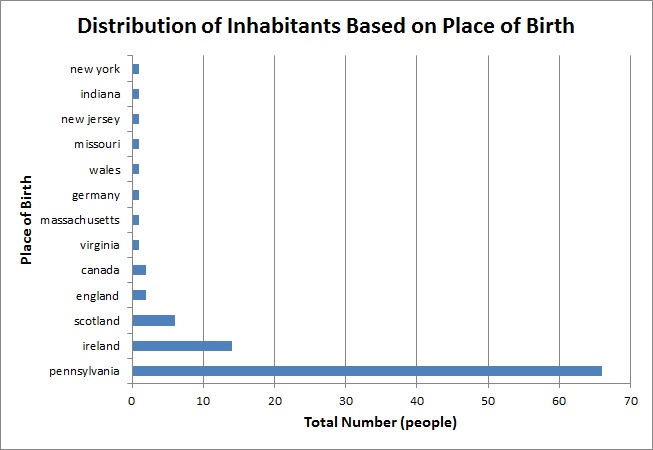 It is important to note that Edgemont Avenue was located very close to Shea’s Terrace.  Like Edgemont, Shea’s Terrace also had a high presence of first and second generation immigrants, coming from primarily Ireland as well.  Living near other people of the same background, who also happened to be living in similar conditions in Lower Merion, these two streets became hubs for immigrants because of the community formed from this cultural connection.

With so many immigrant connections, it is not a surprise that the people on the western side of Edgemont were of the lower class.  More than half of the people who lived on Edgemont, mostly the women and children, did not have an occupation, something consistent with the general population of Ardmore.  For the thirty-three men that did hold jobs, the most popular industry was the auto car industry, with a total of seventeen men in this industry. This also lines up with the general population, seeing as the areas outside of East Lancaster Avenue were hubs of living for those who maintained a lifestyle based off of the typical blue-collar jobs of the time. 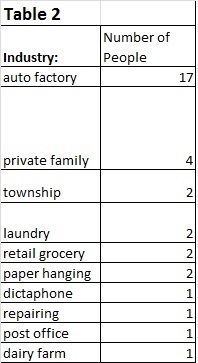 Overall, the west side of Edgemont Avenue was a white, literate community with most of its residents being either first or second generation immigrants, mainly from Ireland and Scotland.  With the Autocar Co. Ballpark located down the street, baseball teams surely fostered a strong sense of community amongst this immigrant sect, as well as a sense of camaraderie among the Autocar Co. workers.  While this section strays from the general data in terms of racial diversity, it boasts high cultural diversity and serves as a focus for studying an immigrant community.