As previously mentioned, Cricket Terrace is a suburban area. When viewing the Mainline Atlas, Cricket Terrace is a part of the “Main Line”, a term that refers to the group of well-off, suburban communities that lay west of Philadelphia. The prosperity of these communities can be attributed to the location of the Ardmore Railway, which ran directly through Trolley Avenue and intercepted the intersection of Cricket Avenue and Cricket Terrace. Its strategic location behind the houses of Cricket Terrace indicates it significance in the daily lives of the people who lived there. The trolley was used to transport goods, mail, and people, and its presence in Ardmore quickly fostered a variety of businesses and success.

Despite the general prosperity of the Main Line, Cricket Terrace deviates from the norm, spatially. Compared to its neighboring buildings, especially those on along Cricket Avenue, the houses of Cricket Terrace pictured in the Mainline Atlas of Ardmore in 1920 are relatively similar in size—smaller and attached twin housing. This densely packed area contained rented homes and small boarding houses. The small plots of land and compact housing suggest the population of Cricket Terrace to be comprised of less affluent folk who could not afford bigger, more separated housing.

Cricket Terrace was home to approximately 101 people distributed amongst 24 houses. Of those 24 houses, 17 were owned and mortgaged, while the other 7 were rented signifying a certain economic stability within this particular section of Ardmore. The houses of Cricket Terrace were typically headed by a married, white male, with the exception of 17 Cricket Terrace which was a boarding house rented by a single, 34 year old female. Nearly 80% of the households on Cricket Terrace took the form of a basic nuclear family consisting of the father or the head of the household, the mother, and their 2 to 3 children. The amount of children and marital status of these people contributes to this idea of financial stability in which these families are able to support themselves and live not lavishly, but comfortably.

Though Pennsylvania’s state law says the legal age for marriage without parental consent is at least 18 years of age, according to the U. S. Decennial Census from 1890 to 2010, the average age at first marriage for males and females from 1890 to 1920 fell between the ages of 22 to 26, which explain why 73% of Cricket Terrace’s population was married. While a decent percentage of Cricket Terrace occupants were married well into their late forties and fifties suggesting marriage at an earlier age, this data supports the notion that by 1920, young people began to hold off on marriage until their early and mid-twenties. This was probably due to the growing importance of establishing oneself socially and financially within the community before choosing to settle down, permanently.

The population of Cricket Terrace was comprised of a much younger age group compared to the rest of Ardmore. 29% of the population consisted of children below or around the age of 10, while nearly half the street contained people from the ages of 0 to 30. While an older population may be indicative of a consistent economic stability because of their experience and prolonged residency, the young people of Cricket Terrace show a community that lived a relatively contented lifestyle because of the sheer amount of children in the area. The percentage of children on Cricket Terrace relays the idea that parents were able to live meagerly, yet still afford to support a decently sized family.

According to the 1920 Census of Ardmore, the people of Cricket Terrace held wide range of jobs. About 39% of Cricket Terrace made up the working population, and fell within the age ranges of nineteen to the late sixties. The other 61% of the population was comprised of women and children, ineligible to enter the workforce. That is not to say, however, that women did not hold down jobs in 1920 Ardmore. Of the 101 people on Cricket Terrace, 22% of women made up its work force, while men claimed 78%. On Cricket Terrace, approximately 3 women were dressmakers, one was a stenographer, another was a proprietor, a pastry cook, and assistant managers and proprietors. The other 37 women on Cricket Terrace were domesticated, and stayed at home to tend to the children. Men, on the other hand, were the main supporters of the households on Cricket Terrace. The most common jobs held by men ranged from butlers, chauffeurs, proprietors and metal workers. There were men who also maintained jobs within the automobile industry, following the trend of Ardmore, though it only pertained to 8 people on Cricket Terrace. Yet of the jobs listed for Cricket Terrace, more than half were artisanal and required a certain skill to maintain. The trolley proved to be a vital line and means of connecting the labor force of Cricket Terrace to the main district of business within Ardmore.

Cricket Terrace, unlike the west side of Simpson Road which contained at least 33 African Americans, was 100% White and literate. Though, like the rest of Ardmore, it was a predominantly white area, and approximately 32 people were native born Pennsylvanians, Cricket Terrace did have a significant immigrant population to speak of. While half of Cricket Terrace residents and their parents were American born, the other half consisted of first and second generation immigrants from Europe, most notably Ireland and England. The periods between 1870 and 1900 define the second wave of immigration within America, and therefore explain the influx seen in Pennsylvania during the time. On Cricket Terrace, immigrants from England and Ireland typically took up residence in boarding houses, which was common amongst immigrants during this second wave because of its cheap and communal nature. Particularly in the case of 17 and 18 Cricket Avenue, which together contained about eight male boarders—four from England and four from Ireland. They were likely a family, or related in some kind of way based on the fact that they all immigrated in the same year (1911). Interestingly enough, these 8 men worked in the automobile industry, which was burgeoning during this time. Immigrants on Cricket Terrace provided cheap labor for these factories and garages and found opportunity very close to home.

Cricket Terrace when compared to the Ardmore district as a whole, was relatively similar in that it was a homogeneous and literate community. The twin housing, family size and family structure show that the people residing on Cricket Terrace were not on the extreme side of poverty, nor the extreme side of wealth. Rather, they were a comfortably prosperous, middle class group of individuals. Though lacking ethnic diversity, Cricket Terrace was home to a sizeable amount of European immigrants who were able to take advantage of the wide range of job opportunities that lay practically at their doorstep due to the Ardmore trolley line. Where Cricket Terrace did differ was with its eclectic variety of occupations held by the residents. Jobs ranging from pastry chefs, to butlers, to auto mechanics further demonstrated that Cricket Terrace held onto a diverse economic and social stability. 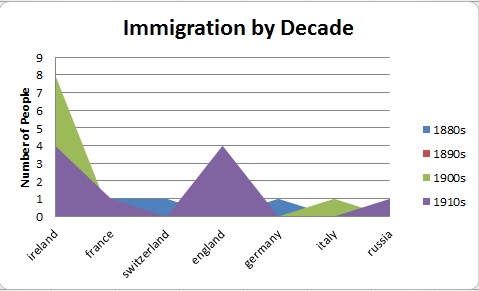 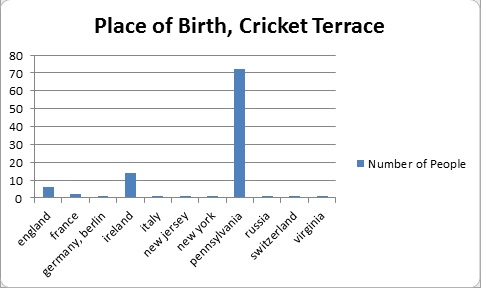 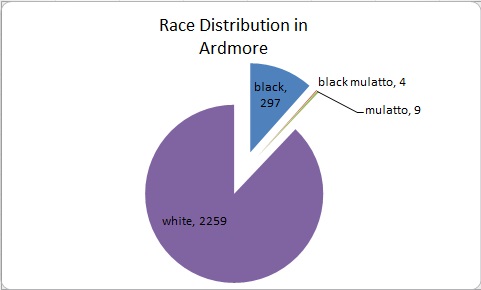 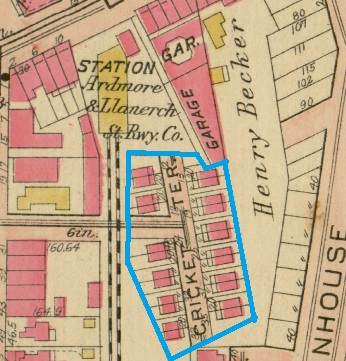 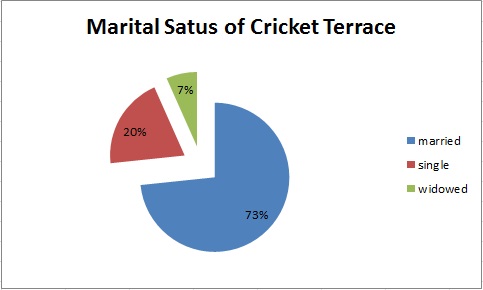 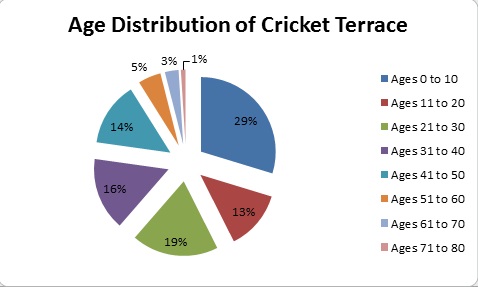 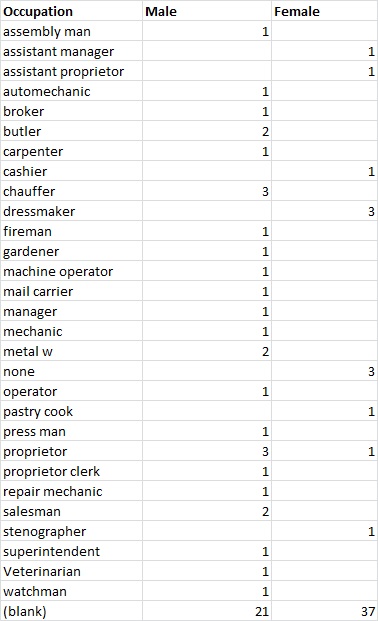 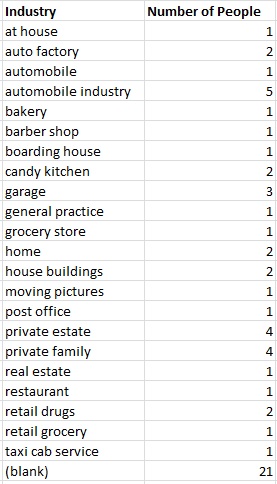