While sharing many of the general population trends of the district as a whole, Cricket Avenue was home to an older, wealthier, more permanently settled section of the the district in 1920. Members of Cricket Avenue's employed workforce were involved in a wide range of occupations, and many women were employed in the population. Although the area lacked racial diversity, it was home to a large and diverse immigrant population.

The data on this page pertains to the odd-numbered houses between numbers 125 and 217 on Cricket Avenue. The numbered houses made up an area that extended from the intersection of Sheldon Lane and Cricket Avenue down to County Line Road at the end of the map, placing the section in the southwestern corner of the district. Cricket Avenue ran from County Line Road to East Lancaster Avenue, making it a principal north/south thoroughfare in Ardmore. The Mainline Atlas shows moderately large houses in this area, with street-front property size ranging from 42.5-108.8 feet. The houses pictured were also free-standing and spaced apart from one another, indicating that the residents of the area were wealthy enough to afford their own mid-sized homes and plots of land.

The houses on Cricket Avenue were large in comparison to other houses in the southern part of Ardmore, especially in contrast to the areas to the east of Cricket Avenue such as Simpson Avenue 200 - 232, Simpson Road 201 - 233, and Shea's Terrace. These areas appear to have contained a more densely packed population housed in aparment complexes on smaller plots of land. This type of housing suggests a less afluent population made up of factory workers and laborers who could not afford larger homes or plots of land. Additionally, the map shows that there was a large apartment complex to the north of the Cricket Avenue area and that a trolley line ran behind the houses on the eastern side. The trolley was probably a vital lifeline during this time period as it connected the laborers and factory workers of the small houses east of Cricket Avenue to their jobs in the factories and industries in the western section of Ardmore.

The total population of the area was 115 people spread amongst 25 houses. There were 25 households and 25 “heads” of households in the area, which indicates that each house contained only a single family unit and supports the claim that residents of this area were wealthy, as they had enough money to afford individual homes and support themselves. Of the 25 houses, 17 were owned and 8 were rented, further indicating economic and social stability within the population. Generally, home ownership in an area is an indicator of wealth and more permanent residency within the community, while renting is more common to areas containing transient populations that fluctuate in response to social and economic pressures.

Cricket Avenue inhabitants worked in a large variety of occupations and industries in 1920. Approximately 75 residents of Cricket Avenue in this area were of age (18-60) to enter the workforce. Of these 75, 49 were employed. The most common occupation, making up 15% of the population, was "proprietor." The most common industry was automobiles, and 16% of Cricket Avenue's employed population worked in an auto factory. It is likely that these residents worked at the Autocar Factory in Ardmore, as this was a major automobile factory in the area. To see more information on the occupations and industries that Cricket Avenue inhabitants were involved in, click here and here. Interestingly,10 employed residents were women, which means that they accounted for over 20% of the total employed population in this area.To see a chart of the jobs that men and women held, click here.

This section of Cricket Avenue had a 100% literacy rate and was homogenous in terms of race. Of the 115 residents, only one was black: the servant of a white family in the area. The black population in this area of Cricket Avenue was especially low in comparison to the district as a whole; while blacks made up less than 1% of the Cricket Avenue population, they accounted for 11.5% of the district’s total population (to see a chart comparison, click here and here). Though it was overwhelmingly white, the area did have a considerable immigrant population. Twenty-five first-generation immigrants made up 21.7% of the population and twenty-nine second-generation members of immigrant families made up 25.2% of the population. Ultimately, about 46.9% of the population in this area came from first or second-generation immigrant families. The largest number of immigrants in the area came from England. There were over twice as many English immigrants than immigrants from any other country, though the next most common countries of origin were (in order) Russia, Scotland, and Italy. Most immigrants came in groups during the same year, indicating that they were families settling in the United States rather than individuals traveling on their own. Additionally, these immigrants were distinct from most immigrant groups of the time insofar as they were high-skilled and often prosperous. Most immigrants from this time period performed low-paid unkilled labor, but immigrants from the Ardmore area held a variety of jobs including auto mechanics, proprietors, and doctors. These high-skilled occupations gave immigrants in the area more opportunities for social advancement and also supplied a higher income for better properties in the area. For further information on immigration statistics for the area, click here, here and here. 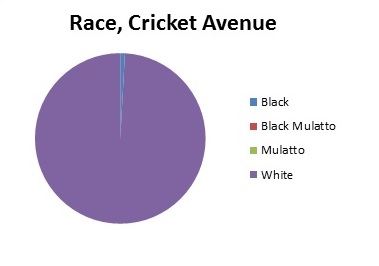 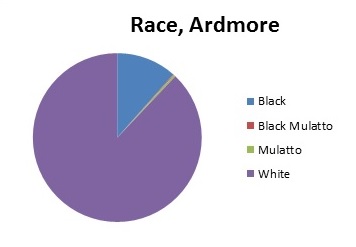 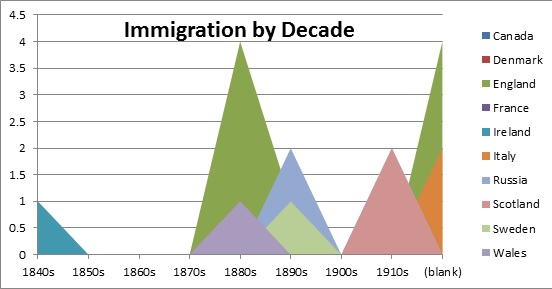 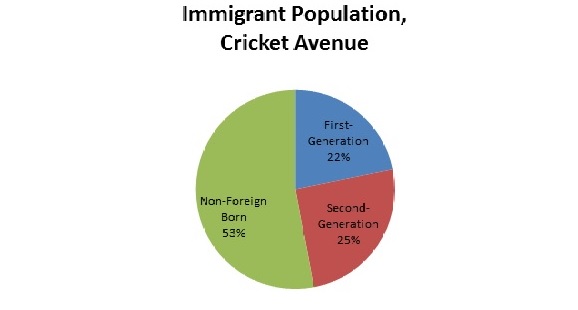 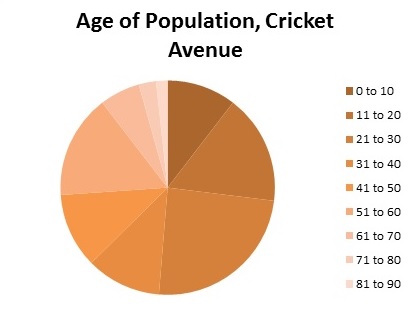 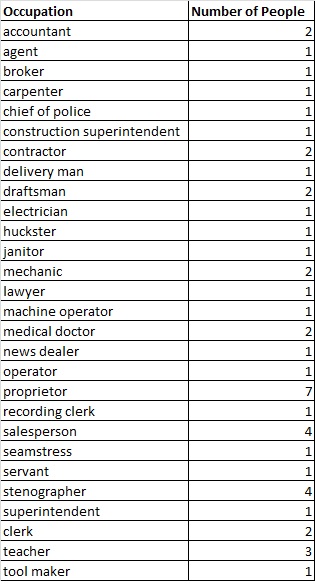