Nature of a Pet • Cats and Dogs • Birds, Fish, and Exotic Animals • Rodentia and 'Casual Pets'

Nature of a Pet

What is a pet? Such a simple, little word has a plethora of different connotations. In the early 1500s, this term referred to “an indulged or spoiled child; any person indulged or treated as a favorite.”[1] Certainly in modern times most pet animals enjoy special treatment. One might vaguely define pets as animals with no particular utility, including such creatures as birds, squirrels, and dogs. Yet a pet’s role is not nearly so static and passive. Pet animals serve as companions and personal entertainment. They provide means for well-to-do individuals to display their wealth on rare creatures, pure pedigrees, animal upkeep and accoutrements. They teach children responsibility and provide a means of income. From mice to elephants, humans keep certain animals as pets for a variety of reasons, with each animal often serving more than one purpose. Certain work animals, particularly in the eighteenth century, exist on the borders of the definition of ‘pet,' instead going by the term of ‘favorite.’[2] Generally, the theme of a pet includes animals which are innocuous, tamable, or at the very least manageable within captivity. More importantly, pets consist of living property for one or more persons, often encompassing functions that extend beyond monetary gain. 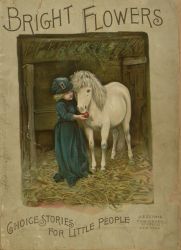 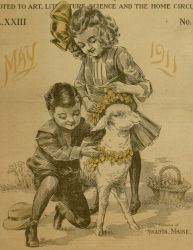 The dog alone serves a great many functions to all demographics of society, from hunting partner and watchdog to dress-up doll and lap-warmer. The importance of canine purebreds grew between the colonial era and the early twentieth century, although at this time breeders focused on hunting dogs.[3] This pastime of breeding, neither new nor restricted to dogs, offered a hobby to those with the time and resources, as well as potential for monetary and honorary winnings. Cats did not receive the same level of attention as their contemporary canines, significantly as a result of the perception of their relative wildness. Cats, largely viewed as untrainable, were first introduced to the household as vermin exterminators; any favoritism granted to the creatures stereotypically came from women. Feline popularity exponentially increased, especially in Paris, towards the end of the nineteenth century, as the public perceived the cat’s propensity for cleanliness as related to good hygiene and thus unlikely to spread diseases to humans.[4] The same fear of infectious spread led to the extermination of a number of ‘unhygienic’ pets – in particular, dogs owned by the poor. 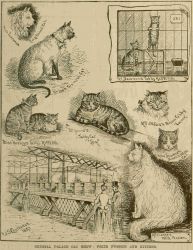 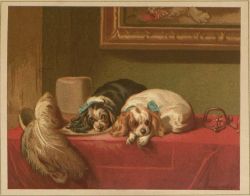 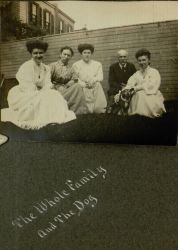 Songbirds offered music in an otherwise silent world which did not yet know radio or TV. Canaries in particular began to populate cafes in the late 1700s well into the next century.[5] Some birds could be trained to perform for amusement; others merely stood as pretty display items, paired with equally lavish cages. While most animals have potential for multiple purposes, it may be safe to say that pet fish, along with their decorative bowls and aquariums, only have one use: ornaments. Goldfish, it may surprise you, used to be an elite pet.[6] In this time period, it was not uncommon for the rich to exhibit their wealth through otherwise worthless baubles. Often the worth of an animal derived from its difficulty in capture and transport to a new country. Exotic animals, such as monkeys, became popular luxury pets in the eighteenth century.[7] Not only were they pleasing to look upon and their alien behavior entertaining to witness, but they also presented ‘conspicuous consumption’, as termed by the social critic Thorstein Veblen to describe unnecessary expenses intended to improve one’s social status. 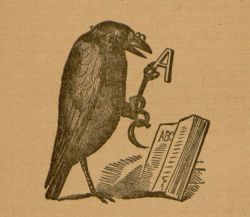 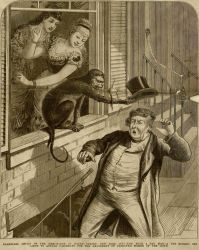 Children, stereotypically boys, often acquired ‘pet stock’ for the purpose of trade and husbandry.[8] This ‘stock’ primarily consisted of rodents and other hardy creatures, which would allow young individuals to practice miniature husbandry and simple business. Some transactions only involved animal products, such as eggs and meat, and others focused on the transfer of the animals themselves. Many of these trading pets came from the wild. Such animals, called 'casual pets,' did not tend to live long in captivity and their keepers, be they children or adults, did not greatly mourn their inevitable passing.[9] Yet not all small creatures or casual pets were limited to child’s play. Owners kept some fancy rabbits for pedigree – long ears being an aesthetic goal of many breeders – and some residents of the eastern United States kept deer as an endangered casual pet. 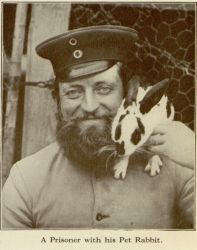 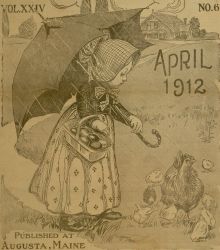