Amusement • Animals as Humans • Humans as Animals • Blurring the Lines

Simple entertainment stands as one of the most popular reasons for anthropomorphizing animals. In illustrations, stories, and real life, animals appear in clothing and exhibit human behavior. Dogs contribute a large portion of these depictions, possibly either due to their accessibility or trainability. Chimps and other apes also gain a decent amount of attention in their similarities to humans, but generally only in passing fascination, at least when addressed in a positive tone. Artists also tend to give animals human heads or bodies, quite often with a particular person in mind. Political illustrations combine the faces of human agents with the body of a particular animal to express some form of humor, mocking the human via a trait shared with the animal. 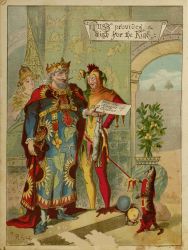 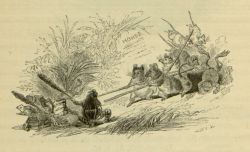 In addition to entertainment, many personifications of animals have an underlying purpose of rehabilitation or education. In the eighteenth century, sentimentality and sympathy for animals led to an increased comparison to humans instead of machines.[1] This compassion partially developed from the argument that children who torture animals grow up to be adults who torment fellow humans. In the 1880s, advocates for kindness to animals gave voices to the creatures in an effort to humanize them and make them more relatable.[2] Not only do the animals act, look, and sound like humans, but they demonstrate the ideal human. In the nineteenth century, illustrators used animal families to represent the model or standard human family unit, complete with difficulties and tribulations. Many stories involving animals as role models target children as their audience, probably because children are able to more easily relate to animals. 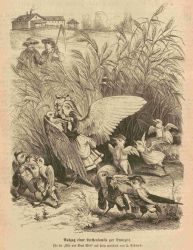 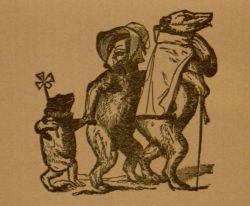 The theory of evolution’s evolution into a theory began long before Charles Darwin. Scientists of the eighteenth and nineteenth centuries danced around the infamous ‘Monkey Question.’ Georges-Louis Leclerc, Comte de Buffon, often regarded as one of the closest intellectual precursors to Darwin, acknowledged the physical similarities between humans and apes, but refused to accept any mental relationship. Other early evolutionists, such as Robert Chambers, Jean-Baptiste Lamarck, Alfred Russel Wallace, and many more all contributed aspects to the now-renowned theory. Darwin himself hesitated to address the issue in full disclosure, knowing the censure which his ideas would meet. Great criticism persisted even after Darwin’s publications, driven by two main camps. First, academic rivalry attempted to discredit new ideas and maintain old truths. Admittedly, the pre-Darwin individual segments of the theory lacked the cohesive sense and truth apparent when synthesized together. The second set of initial dissenters consisted of the general population, who abhorred the concept of such an intimate relationship between humans and animals. Despite movements for better animal treatment, humans still felt shame in having an ape for an ancestor. 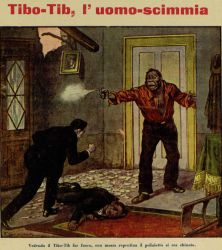 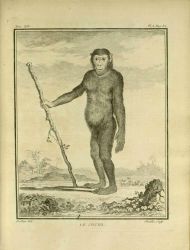 A final category of anthropomorphism tends to blend humans and animals in a fashion which seems part entertaining and part serious. Kalof calls it the postmodern animal, being completely fluid and mysterious.[3] These beasts populate general literature as vampires, werewolves, centaurs, and merpeople. Such creatures are neither completely human nor fully animal. They metamorphose between the two figures – somewhat like a Doctor Jekyll and Mr. Hyde – or they equally consist of both forms at all times. They may initially exist as such beings, or they may develop into such. Typically, stories portray these creatures as animals ready for study or as rogues plaguing human society. 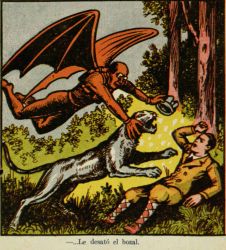