The Hippodrome and other Circuses

Lepcis Magna and The Agonalis, or The Stadium of Domitian

What remains of the hippodrome on the Libyan coastline at Lepcis Magna dates to the reigns of Antoninus Pius and Marcus Aurelius, AD 161-162: the evidence that supports this claim comes from an inscription located above the starting gates in Lepcis.[1] Concerning the seating capacity of the hippodrome there was room to accommodate, comfortably, 20,000; an argument can be made for an additional 3,000 seats, however, this would rely on the arena's ability to accommodate five people in a space of about 2.0 m rather than 2.3 m.[2] The history of the circus/hippodrome, lies within the ruins of the ancient world. Its infrastructure or makeup, for instance, differed from that of the theater and other ancient arenas. The length and diameter of the hippodrome reflects the shape of a stretched rubber band, whilst The Colosseum, and other entertainment complexes resembled that of a sphere or semi-circle. It is almost a guarantee that when historians think of Lepcis Magna, or discuss it among themselves, they associate it with the Emperor Septimius Severus (this was the birthplace of the emperor), and not with the hippodrome that lay just outside the city lines.

The hippodrome at Lepcis Magna, much like its cousin in Rome, was built to showcase chariot racing, whether that be a quadrigae (four-horse chariot), or bigae (Two-horse chariot). The earliest hippodromes, those in Greece, and in Rome during the Regal Period, 753-509 B.C., where not only exhibitors of chariot racing, however, they were venues for ridden horse races, races by horseback riders who dismounted to complete the race on foot, athletics (chiefly boxing, wrestling and long distance running), the Troy Game (maneuvers performed on horseback by young boys of noble birth), wild beast hunts, gladiatorial combats, staged battles between opposing armies, and a variety of other shows, processions and popular entertainments.[3] Excavations of the circus at Lepcis, near Homs on the coast of Tripolitania, in Libya is not only the best preserved circus from the ancient world, it is also the most published.[4] From the early twentieth century when excavations first began on the circus to the present-day, the areas of the circus that have been cleared of debris and sand are about two-thirds of the long south side, about half of the length of the central barrier, and almost all of the starting gates. Although the architect(s) remain unknown, the idea to attach/connect the circus with the existing amphitheater via open passageways and tunnels, was prosaic, if not unprecedented. The circus and amphitheater connection, although having no ancient equivalent, is the predecessor of today's sports complex.[5] 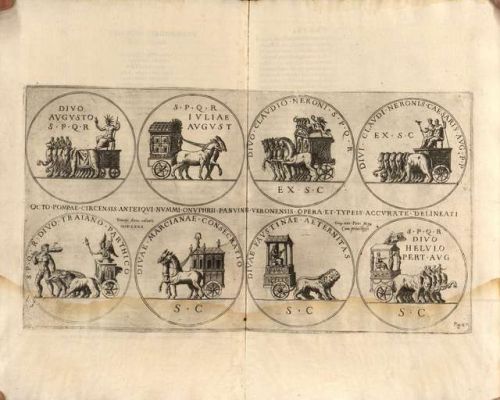 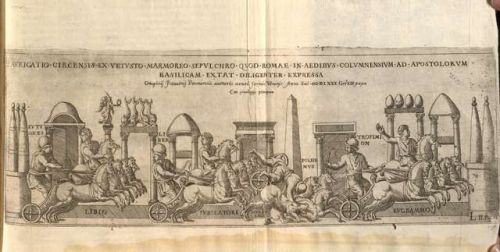 The location of the circus, which ran parallel to the coastline, allowed for spectators to indulge in a sea breeze every now and again. Much like a movie theater, or ballpark today, the circus at Lepcis had many entrances and exits. From the main approach road along the coast there were tunnels through the north seating leading to stairways into the seats. At the northwest corner of the arena was a wide gap, through which spectators could reach the doors and stairways, spaced at regular intervals around the circus, which led from the arena to the seats.[6] The length of the arena was in the neighborhood of 450 m, which translates, for those of us not too familiar with the metric system, to 1500 ft. The starting gates, or carceres, at Lepcis were not,unlike its regal predecessor in Rome, spread across the whole width of the arena and divided into two groups of six by a monumental entrance below the magistrate's box; instead, all gates were contiguous.[7] Concerning the seating capacity at Lepcis, which has previously been mentioned, it was constrained due the arena having only eleven tiers of seats all around the circus, except at points where a tunnel, doorway, or stairs would interrupt the flow of seating. There were two main walls, the first was the podium wall which was built to a height of seven feet (from the arena floor to the stands), and was two feet thick.[8] This wall was built to the height of the chariot teams on the sands of the arena and was the same height as that at the starting gates; the second wall served as the main retaining wall at the foot of the slope. While the majority of seating tiers were separated by tunnels and passageways at various points through-out the circus, the Tribunal, or box, was 16 ft. wide and 10 ft. deep. This box was distinguished by a large crown molding that was eclipsed by another layer of crown molding above, atop the podium wall.[9] Additional columns of a purple marble were placed directly opposite each end of the overhanging molding.[10] The Tribunal was located at approximately 1000 ft. along the south side of the arena, and directly in front of the starting line. The barrier of the circus was divided up into five sections, each section containing, more or less, columns, bases (statues), and a basin, including a temple basin near the starting line. The two turning posts, Meta Prima and Meta Secunda, are measured at a distance of 750 ft. apart from end to end, give or take a few feet/inches. The barrier, rather, basin one, was the home location of the dolphin/eggs, better known to us today as race markers, or checker flags. 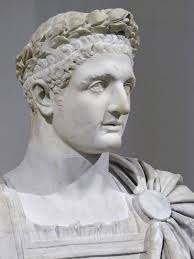 Depending on who you ask, the emperor Domitian, has, for centuries been painted as a bad emperor. His memory, postmortem, suffered damnatio memoriae, mostly due to the emperor’s poor relations with the Senate…that’s putting it mildly. Built as a gift to the Roman public, the Circus Agonalis was less an arena for chariot racing, than it was for athletic contests, such as foot racing. As far as the seating capacity was concerned, the stadium allowed for at least 15,000 spectators. In this respect, the Stadium of Domitian was more akin to that at Lepcis than it was to its counterpart in Rome (the Circus Maximus which seated 250,000). The genius behind the Flavian Complex, including the Circus, was the Roman architect, Rabirius. Rabirius was considered one of the most learned architects of his time, and was employed in many works by the emperor Domitian…Rabirius also erected temples, triumphal arches, and finished or built many other public works on the Campidoglio, and in many parts of Rome.[11]

By AD 86, the Stadium of Domitian was completed. Built next to the Baths of Agrippa and in the neighborhood of the Theater of Pompey, the Stadium was located on the Campus Martius following a devastating fire in 79 AD. The Stadium was built to house public entertainments primarily centered on the Greek-style of competition, i.e. foot racing. The size of Domitian’s Stadium was 902 ft. in length and 350 ft. in width; the stadium was built in the Ionic Style. The stadium, although minuscule compared to the Colosseum, became the impromptu home of gladiatorial combat following a devastating fire that dismantled parts of it in A.D. 217; from A.D. 217-228,  the stadium, along with the Circus Maximus, became the cradle of entertainment in Rome. 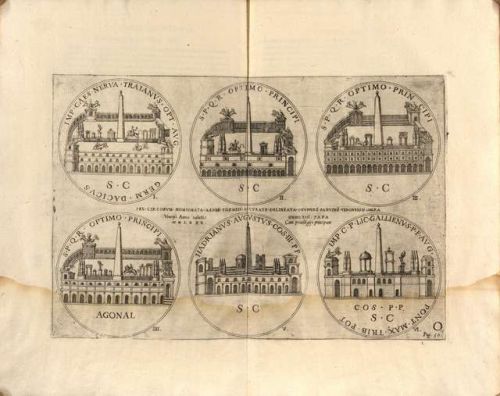 Milizia, Francesco. The Lives of Celebrated Architects, Ancient and Modern: With Historical and Critical Observations On Their Works, and On the Principles of the Art. England, 1826.