"The most famous of all the circuses in Rome" 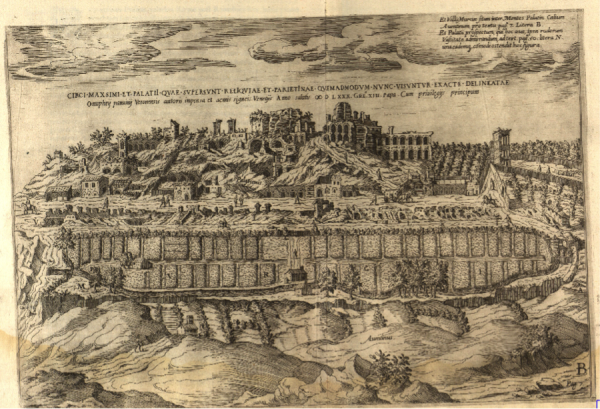 The Circus Maximus was located in the valley between the Palatine and the Aventine hills (Potter 237).

Originally there was not a building, “just a flat sandy track with temporary markers” (McManus 2). As the popularity of the races increased, the Romans started to build a stadium type structure that had starting gates at one end, with the Arch of Titus at the other and was surrounded by stands on three sides (3). The first edition of this stadium style building commissioned by Tarquinius in the 6th century BC using timber. (Potter 237). He was the first to have covered seating built, before the spectators had stood. This also allowed for the seating to be divided, so spectators had certain areas where they could be (Potter 238). 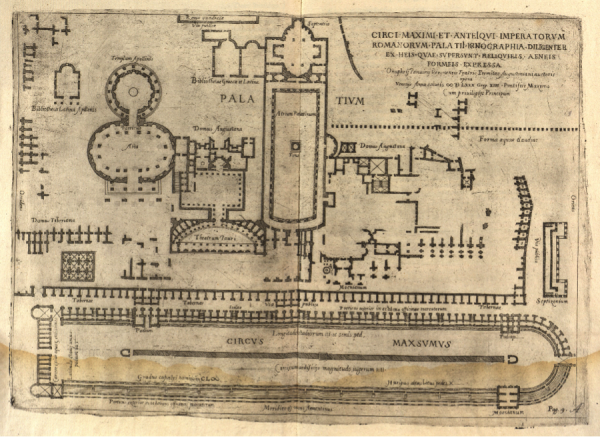 During the reign of Claudius it was rebuilt with marble. Under Trajan, the biggest transformations were made, including the addition of seating. (Potter 237). The Circus Maximus had the seating capacity of 150,000 to 350,000 (the size depends on the ancient source), plus spectators were able to watch from the hillsides. Dionysius of Halicarnassus, who wrote during Augustus’s reign, gives a description of the actual dimensions of the circus, “measuring approximately 2,037 feet in length and 387 feet in width” (Grout 2). Due to the large amount of spectators that attended events at the Circus, Augustus placed his obelisk trophy on the spina (Aicher 241).

The Circus Maximus was designed for chariot racing, but it was also used for other events such as wild animal hunts, gladiatorial combats, athletic events and processions (Grout 1). 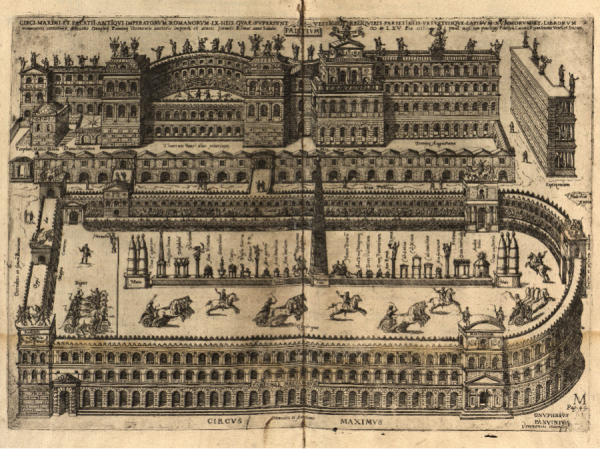 Many of the ancient sources discuss the various different amounts of races that could during a period of time at the Circus Maximus, but the most was probably during Domitian’s reign when 100 races occurred in one day (2).

Other References in Classical Literature

Livy discusses the different games that occurred at the Circus Maximus and the amount in which they occurred:

“The Roman Games in the Circus Maximus and the scenic plays on the stage were exhibited by the curule aediles, P. Cornelius Scipio and Cneius Manlius Vulso, on a more splendid scale than usual, and amid greater hilarity on the part of the spectators owing to the recent successes in the field. Three times they were repeated in every detail. The Plebeian Games were repeated seven times” (Livy 33.25).

Livy in another book, History, illustrates the entertainment that took place at the Circus Maximus, as well as how spectators were able to view the events:

“Separate spaces for viewing were designated for the patricians and the knights, on stands, propped twelve feet off the ground on wooden braces. Horses and boxers…provided the entertainment” (Aicher 298).

Pliny the Elder in Encyclopedia tried to demonstrate how large the Circus actually was:

Due to the fact that the stadium was increasing and people were having trouble, Dio’s Historyexplains how Agrippa helped the spectators:

“Agrippa… installed dolphins and egg-shaped objects to display the number of times the track had been circled in a race” (Aicher 299).

Suetonius in Claudius discusses the changes that the emperor Claudius made to the Circus Maximus:

“…substituting marble starting-gates and gilded turning-posts for earlier work in tufa and wood. He also provided separate seating reserved for the Senators, who previously had to mix with the rest of the spectators” (Aicher 300). 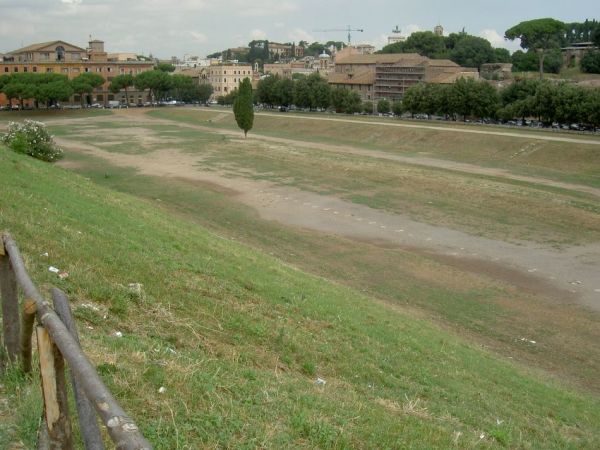