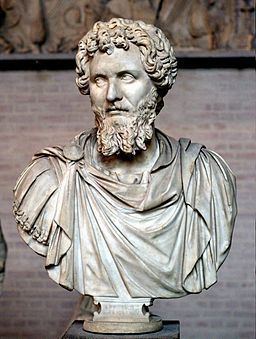 Septimius Severus was born in Leptis Magna, a Roman Province in Northern Africa. His parents were Geta and Fulvia Pia and his uncles were of consular rank. He was well educated and traveled to Rome to complete his education. As he grew older he progressed through the ranks of the cursus honorum, holding many positions throughout the empire. It was towards the end of his public duties that he was put in charge of the army in Germany. After the death of Commodus and the subsequent takeover by Didius Julianus, who was hated, Severus was hailed as emperor by his troops in Germany. Julianus had the senate declare Severus a public enemy and Severus marched on Rome. Severus managed to evade the assassins sent to murder him and instead sent a letter to the guard in Rome to have Julianus killed. After Julianus was murdered in the palace, Severus was invited to Rome in order to have his seat as emperor. But, he still had to defeat Pescennius Niger who had been declared emperor by his own troops in Syria. After defeating Niger, Septimius Severus became emperor in 193 CE and would rule until 211 CE. 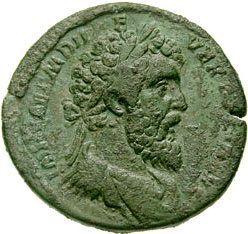