Americans that settled in rural areas and small towns and depended upon a traveling peddler hawking his merchandise; by the late 19th century, an evolution from one individual to an emporium or general store became a reality that stocked with a variety of merchandise for the consumer. 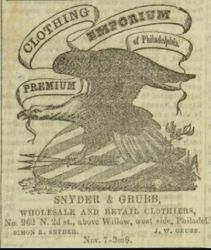 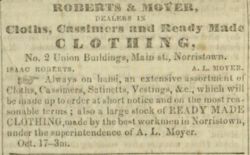 The mechanization of America’s textile mills and the expansion of the garment industry, from the late 19th to the early 20th centuries, propelled stores to retail the mass produced ready-to-wear goods, available to consumers, and establish a market where fashion designs constantly changed.  Retailers viewed the constant change, in the fashion industry, as an opportunity to artificially produced shifts in fashion, such as creating a season’s newest fashions, with advertisements in the weekly newspapers and magazines. 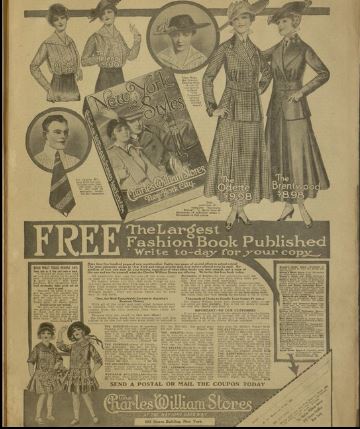 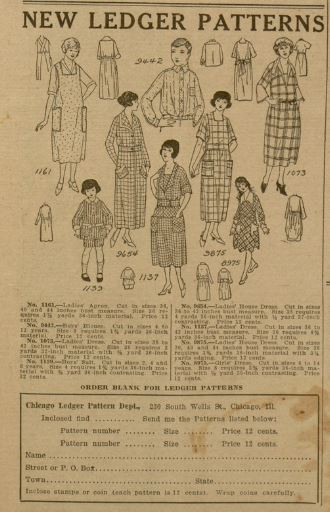 In the article, "Patterns and Pattern Making," published in Encyclopedia of Clothing and Fashion, the author, Emery, wrote, “Unlike their European contemporaries, American pattern manufacturers produced patterns for the retail and mail-order market, thereby establishing the commercial pattern industry. . . . Four key factors supported the development of the pattern industry: the inch tape measure, c. 1820; the availability of the sewing machine by the 1850s; the expansion of the U.S. Postal Service in 1845; and availability of dress forms for the home sewer by the 1860s. These elements were essential components for the proliferation of pattern sales.” [Emery 25, 27]

In her article, “Tailoring,” published in the Encyclopedia of Clothing and Fashion, author Alison David, wrote on men’s suits, ”The fully equipped tailor's establishment of the nineteenth and twentieth centuries could be sparsely or luxuriously fitted. The basic requirements of the trade included shelving for the display of cloth bales, a counter where swatches could be consulted, a space where the client could be measured, a fitting room with mirrors, a sturdy table for cutting out, and possibly blocks for saddles to fit riding clothes properly. Fashion prints were also hung as decoration or shown to clients as models. The shop might or might not include a space for workshops.”  [David 263]

The advertisement below, from The Gaelic American, is for an Irish tailor in New York City in 1916. 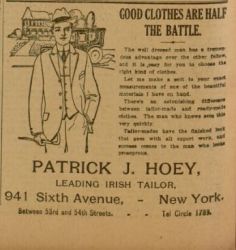 "Shoe production was increasingly mechanized in the mid-nineteenth century and by 1900 most people wore shoes made in factories and sold by shoe retailers, rather than patronizing shoemakers," wrote author Anderson, in her article "Shoes, Men's" published in Encyclopedia of Clothing and Fashion. Anderson continued, "By the 1890s, relative increases in wealth, increased participation in sport and leisure activities such as tennis, golf, and cycling, and improvements in mass-manufacturing techniques led to middle-class consumption of an increasingly diverse range of styles, suitable for various contexts and activities.” [Anderson 172]

Author Anna Johnson wrote, in her article, “Handbags and Purses,” published in Encyclopedia of Clothing and Fashion, “Leather shoulder bags were pioneered by the suffragette movement, and when war came in 1914 this style gained serious ground. During the 1920s there was a trend for bags that were androgynous, sleek, and held close to the body.” [Johnson 171] 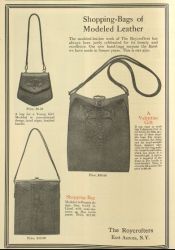 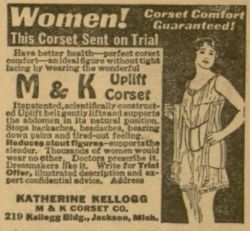 In his work The 1900s, Batchelor noted women's devotion to fashion, “Regardless of the pain or agony of wearing them, corsets defined the look of affluent women in the 1900s. Meant to draw attention to the curve of the back, corsets used whalebone stays to force the body into this S-position." [Batchelor 97] 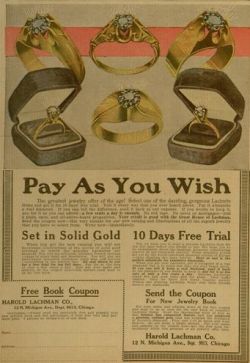 A full paper advertisement, seen below, from the department store Strawbridge & Clothier, alerted shoppers of the impending holiday.  Author Ershkowitz, in his article, "Shopping," published in Encyclopedia of Recreation and Leisure in America, wrote “. . . the highlights of the year for many shoppers were Easter and Christmas, when large and imaginative displays opened wide the eyes of both adults and children. . . .  A person could view the entertainment, enjoy the Christmas displays, and listen to the music for free. But few could view the merchandise on display without making a purchase.” [Ershkowitz 258] 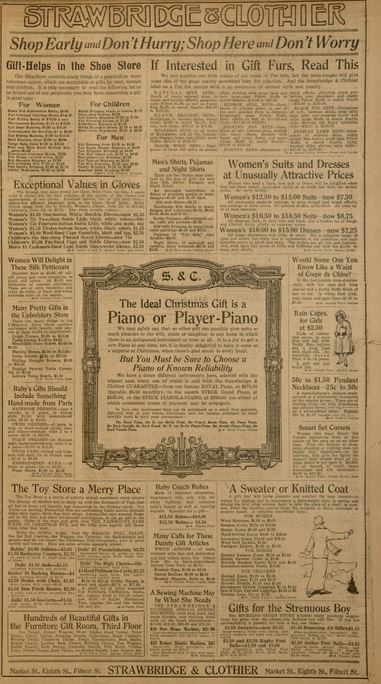 "Though people had always purchased necessities, it was the development of the emporium that turned perusal of a wide variety of goods, both the necessary, and the frivolous, the affordable and the completely out of reach, into a leisure pastime." [Gianoulis]

". . the general mail-order field and cater to the consumer direct by means of catalogues and newspaper and magazine advertising. . . . ." [NYT]

"Publishers began to sell pattern books of fashionable clothes that allowed people to make clothes at home if they were good sewers." ["Clothing, 1900–18."]

"Corsets have been worn by women in the Western world from the sixteenth century through the early twentieth century. . . " [Steele & Gau]