In the early 20th century, with the Second Industrial Revolution underway, Americans were faced with more leisure time which presented advertisers opportunities to profit by emphasizing how their products would improve life and more enjoyable.

The advent of the phonograph, introduced a never heretofore heard music to average Americans, was produced by such manufacturers like Thomas A. Edison, Inc. and Columbia Graphophone Company. Thomas Edison’s phonograph, created in the late 19th century, became a frequent advertisement seen in the weekly newspapers and magazines; over a 10 year span, as illustrated below, the Edison advertisement, to request a free catalog, appeared with variation in graphics, the use of color print and text. 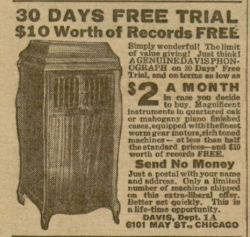 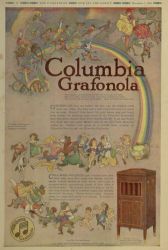 Emerson Player Piano The Fra: a Journal of Affirmation v. 10 no. 4 January, 1913, Inside Rear Cover. 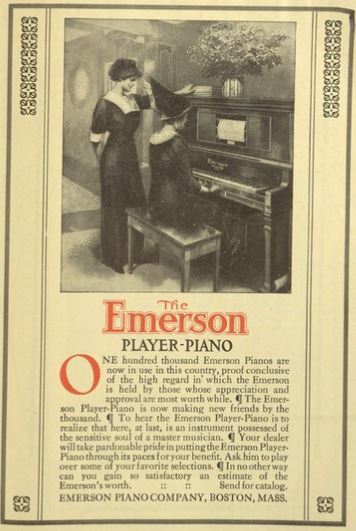 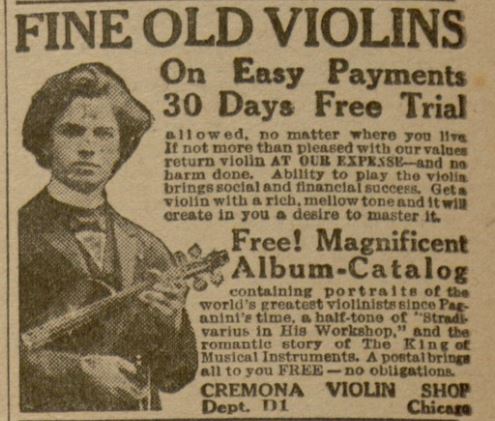 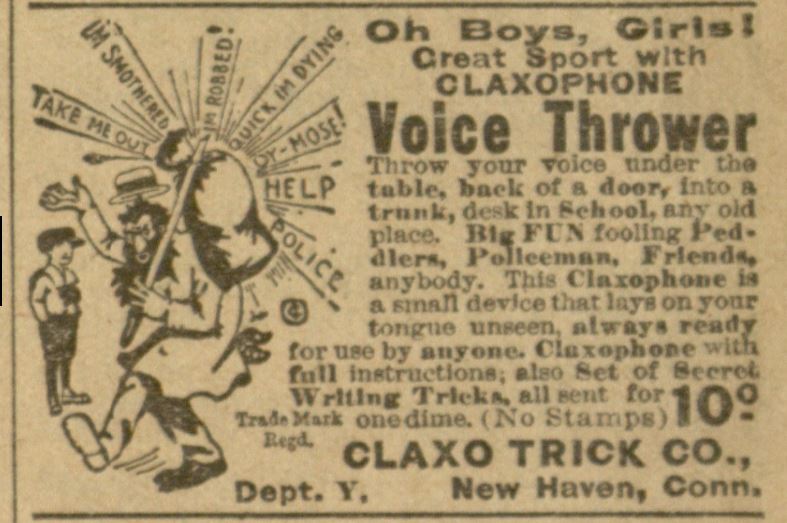 The handheld Kodak camera, introduced by George Eastman in 1888, permitted people to take photographs of everyday activities. The mechanics with the photography moved away from glass plates previously used to Eastman’s camera which incorporated a chemical coated paper on a paper holder. Eastman was credited in marketing his product with advertisements targeting women since he considered them as family recorder marking special occasions within the family. 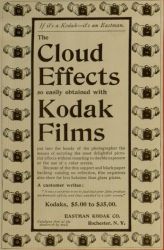 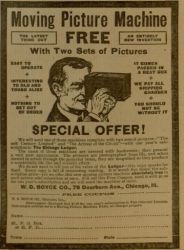 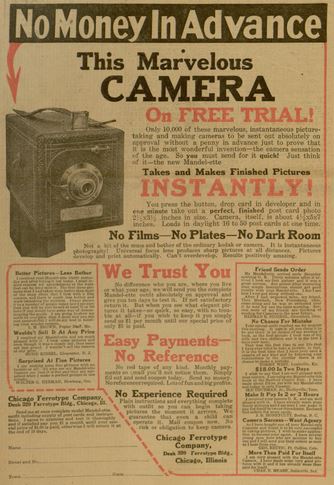 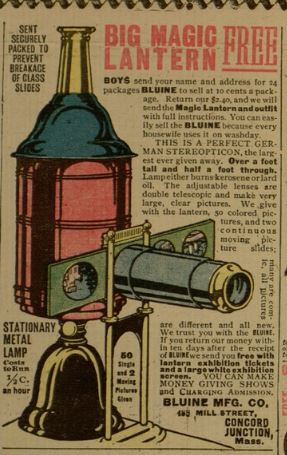 The website for the U. S. Army MWR (Family and Morale, Welfare and Recreation Programs), stated its mission, "Morale, welfare, and recreation programs did not exist from the founding of the Army in 1775 until the start of the twentieth century.  . . . In 1903, Congress authorized the Army to build, operate, and maintain PXs, libraries, schools, recreation centers, and gyms for the troops. The Army Morale Division was established in 1918, the Army Motion Picture Service in 1920 and the Library Service in 1923. . . "  [U. S. Army MWR]

The advertisement, below, for the Thursday evening at the Ardmore Palace Theatre "now playing" ; one film was The Habit of Happiness starring Douglas Fairbanks.

In his autobiography, Fairbanks said about this film:

The picture [The Habit of Happiness] shows the teaching of a lot of "bums" in the bread line how to laugh." 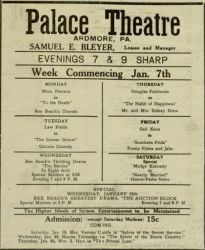 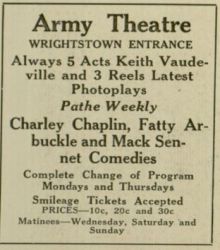 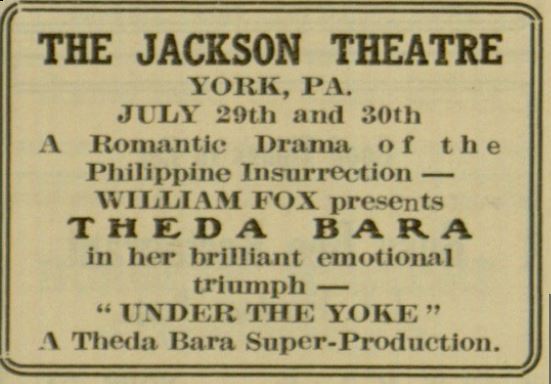 "One of the major centers for making in the United States was, and still is, Chicago, Illinois, where for over 100 years there has been a tradition of new instrument making." [Germain]

"Before Motion Pictures . . .  By the 19th century, the magic lantern was used in theaters, churches, fraternal lodges, and at home by adults and children. In 1895 there were between 30,000 and 60,000 lantern showmen in the United States, giving between 75,000 and 150,000 performances a year. That means there would have been several shows a week." [Magic Lantern Society of the United States and Canada]