After the surrender of the Irish nationalists, the British government continued to keep all of Ireland under martial law, meanwhile demanding that the Irish surrender their weapons. [2]  Many Irish civilians, who had not participated in the Rising, disapproved of the events of Easter week. [3]  However, as the British imprisoned, court-martialed, and sentenced to death numerous Irish men and women, public opinion began to shift in favor of the Irish nationalists. [4] 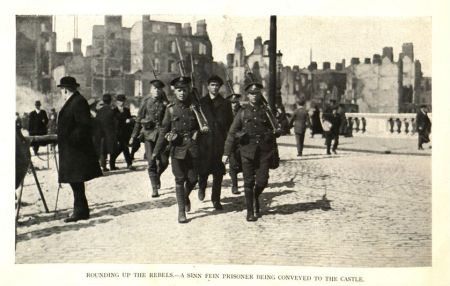 “Rounding up the Rebels,” by T. W Murphy, in Dublin after the Six Days' Insurrection: Thirty-One Pictures From the Camera of Mr. T. W. Murphy, 1916, page 27.

All seven signers of the Proclamation of the Irish Republic were executed, among others. [5]  Eamon de Valera, however, who had commanded forces in the Old Distillery during the Rising, was not executed. Born in America, the U.S. Consulate was able to help prevent his death. [6]  Theodore Roosevelt tried to help ease Sir Roger Casement’s sentence, but his efforts were unsuccessful and Casement could not escape execution, despite the help of the Americans. [7] 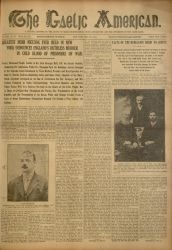 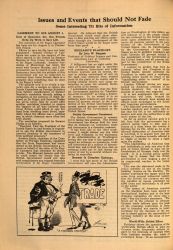 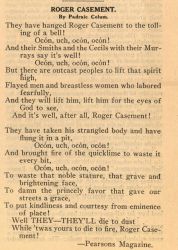 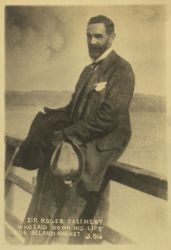 Grieved by the loss of so many men, the Irish determined to continue the work the Rising had so powerfully begun of establishing an Irish Republic. In 1917, the first national convention of the Irish government met and decided on a constitution. [8] 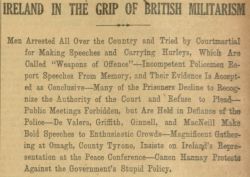 The next year, the government was confirmed in an election, and in 1919, the Irish government, called the Dáil Éireann, came into power. [9] Under the leadership of President Eamon de Valera, the Dáil remained committed to Ireland’s independence. [10]

Once again, the Irish had to fight for their nation from 1919-1921 in the War of Independence. [11] In 1922, a Treaty was at last ratified that granted Ireland independence for the twenty-six lower counties of the nation. [12] Some historians argue that the Easter Rising influenced the War of Independence, and thus was a significant factor in Ireland’s national liberation. [13] 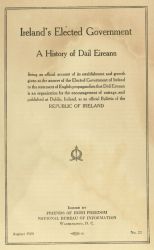 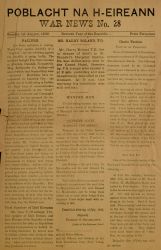 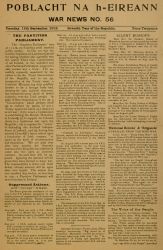 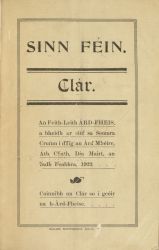 Dail Eireann. Ireland's Elected Government: A History of the Dail Eireann: Being an Official Account of Its Establishment As the Answer of the Elected Government of Ireland to the Statement of English Propagandists That Dail Eireann Is an Organization for the Encouragement of Outrage, and Published At Dublin, Ireland, As an Official Bulletin of the Republic of Ireland. Washington, D.C.: Friends of Irish Freedom, National Bureau of Information, 1920. [Digital Library]

2. The Irish Times, in Sinn Fein Rebellion Handbook, Easter 1916: A Complete and Connected Narrative of the Rising, with Detailed Accounts of the Fighting at all Points in Dublin and in the Country (Dublin: The Irish Times, 1916), 34-40. 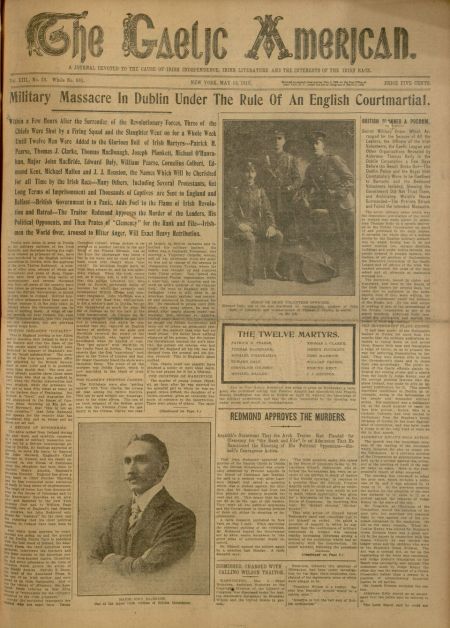