While the Irish labored for independence in the decades leading to the 1916 Rising, they also made significant efforts to assert the repressed Irish culture. The Irish people formed various associations dedicated to Ireland’s language, literature, culture, and political independence.

In the 1890s, the Gaelic League was established to encourage the use of the Irish Gaelic language. [2]  The League published its own journal, written almost completely in Gaelic, with Irish songs, vocabulary words, and other items of interest. [3] 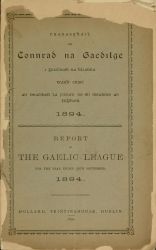 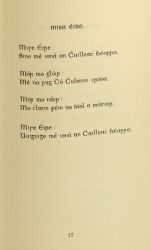 The founding of the Sinn Féin party in 1905 by Arthur Griffith revealed the Irish political commitment to self-sufficiency and separation from England in culture and economics. [4]  Ireland’s independence was increasingly debated as the question of granting Ireland its own parliament, otherwise known as Home Rule, came up for debate. [5]  The concept of Home Rule was not universally supported; many in the northern province of Ulster sharply opposed Home Rule. [6] 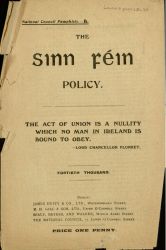 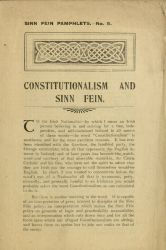 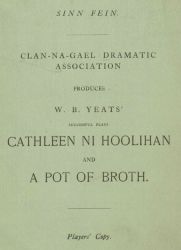 Although the English parliament did consider granting Ireland Home Rule, once World War I began in 1914, the matter was postponed until after the war. [7]  Relying on the hope of future Home Rule, Irish nationalists did serve with the British Army in the war. [8]  Other Irishmen who preferred continuing the union with England also served in the Great War, participating in key battles, including the Battle of the Somme in July of 1916. [9] 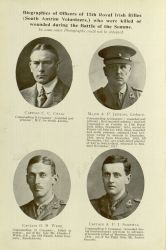 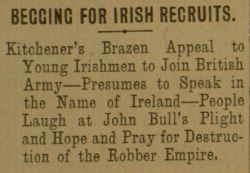 Samuels, Arthur Purefoy Irwin. With the Ulster Division in France: A Story of the 11th Battalion Royal Irish Rifles (South Antrim Volunteers), From Bordon to Thiepval, in Four Parts, Including Photographs and Maps / By A.P.I.S. and D.G.S. Belfast : William Mullan & Son, 1918. [Digital Library]

However, some Irish nationalists, especially those belonging to the militant nationalist group, the Irish Volunteers, would not fight for the British. [10]  One such nationalist was Sir Roger Casement, who not only argued against Irish service in the British Army, but also believed a German victory in the Great War would be more beneficial for Ireland than an English victory. [11] 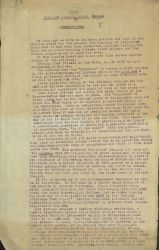 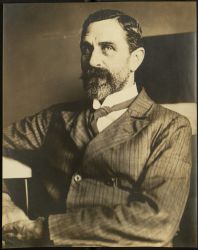 As World War I raged on, the National Volunteers, an armed Irish nationalist group, arranged for a delivery of rifles at Howth. While the arms were indeed delivered, the Howth gun-running ultimately resulted in the police firing on crowds of Irish men and women who witnessed the confrontation between the Volunteers and the police. [12] 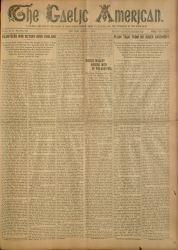 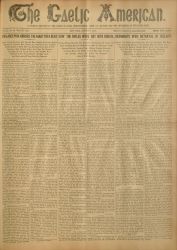 9. Colum, “Ulster’s Opposition to Home Rule,” in Colum, et al., The Irish Rebellion of 1916 and its Martyrs, 45-49; Martin, ed., Leaders and Men of the Easter Rising, 179; Arthur Purefoy Irwin Samuel, With the Ulster Division in France: A Story of the 11th Battalion Royal Irish Rifles (South Antrim Volunteers), From Bordon to Thiepval, in Four Parts, Including Photographs and Maps / By A.P.I.S. and D.G.S. (Belfast: William Mullan & Son, 1918), 5-6, http://digital.library.villanova.edu/Item/vudl:132801.