The history of Irish oppression begins centuries before the Rising. One of the most critical moments of this British rule was in the year 1690, when the army of Catholic King James II and that of Protestant Prince William of Orange clashed on Irish fields at the Battle of the Boyne. The victory of the Protestant forces soon led to the repression of the Irish Catholics. [2]  In the years after the battle, many Irish devoted themselves to regaining Ireland’s independence. 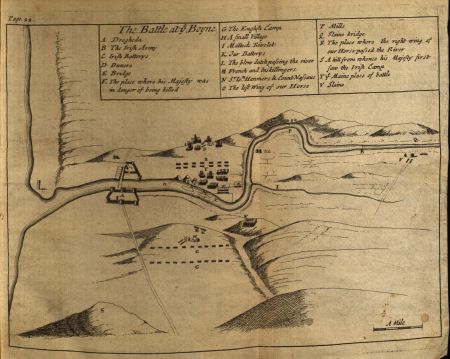 Story, George Warter. "The Battle At Boyne." In A True and Impartial History of the Most Material Occurences in the Kingdom of Ireland during the Two Last Years with the Present State of both Armies. 2nd ed. London: Printed for Ric. Chiswel, 1693. [Digital Library]

One century later, the Irish rebelled against England. Theobold Wolfe Tone, an Irish activist committed to Ireland’s independence, instigated a rising in 1798 with the help of the French. Unfortunately, the English were too strong for the Irish and French, and this rising failed to achieve Ireland’s freedom. [3] 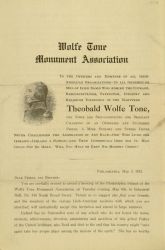 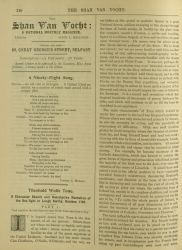 Wolfe Tone Monument Association. Circular, "To the Officers and Members of All Irish-American Organizations," May 3, 1913. Philadelphia: Sweeney Printing, 1913. [Digital Library]

Two years later, after complex debates in both the English and Irish parliaments, Ireland lost its own parliament and became part of the United Kingdom with the passage of the Act of Union. [4] Irish nationalists still hoped for freedom, however, and thus Daniel O’Connell, an Irish politician who worked toward repealing the Act of Union, became popular among many Irish men and women. [5] In 1848, while republican revolutions spread throughout Europe, the Irish also rose up against British rule; however, like many of the other European revolutions, this Irish rising failed. [6] 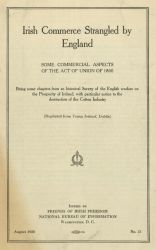 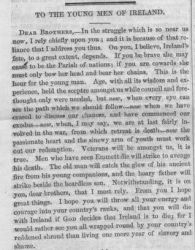 “To the Young Men of Ireland,” The Irish Felon: Successor to the United Irishman. Vol. 1 No. 5. Dublin : [Printed and published by the proprietor, John Martin], 1848, 73. [Digital Library]

After the disappointment of 1848, various Irish and Irish American organizations were established to work for Irish independence. In 1858, the Irish Revolutionary Brotherhood, later known as the Irish Republican Brotherhood (IRB), was established, followed by a sister organization in America, the Fenian Brotherhood. [7]  Later in the twentieth century, the Clan-na-Gael emerged in the United States as an organization dedicated to helping the nationalist cause financially, and establishing an Irish Republic. [8] 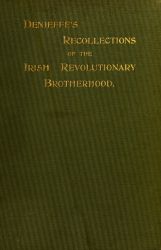 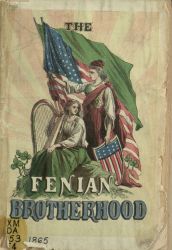 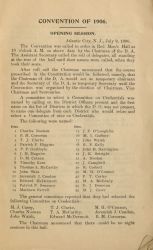 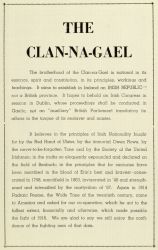 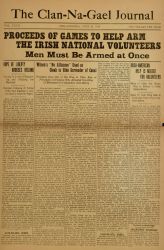 Denieffe, Joseph. A Personal Narrative of the Irish Revolutionary Brotherhood, Giving a Faithful Report of the Principle Events from 1855 to 1867. New York: The Gael Publishing Co., 1906. [Internet Archives]

"The Fenian Brotherhood. Convention of the Brotherhood in Chicago," The Irish People, V. 1, No. 1, November 28, 1863. Dublin : Printed for the proprietor and published at the office, 12 Parliament Street, by John Haltigan, 1863, 13. [Digital Library] 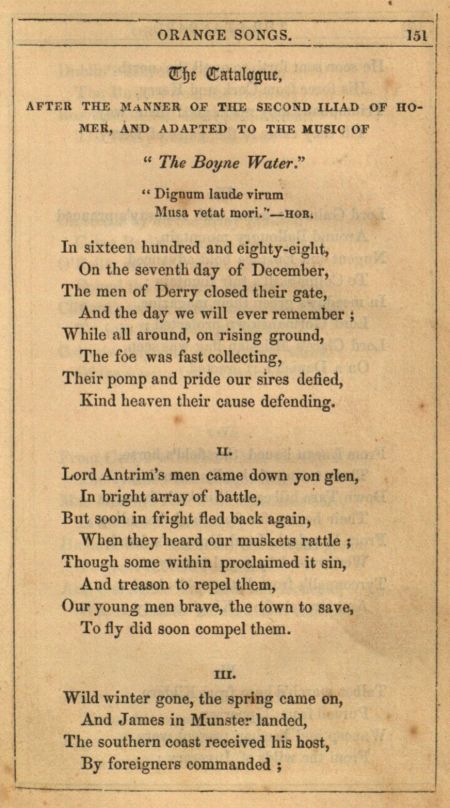