The damage done to St. Augustine's during the riots was not confined to just the church.  The entire Augustinian community in Philadelphia was impacted, including an enclave that had begun recently in Radnor Township.

When Reverend Matthew Carr, O.S.A. (1755-1820) began the Augustinian community in Philadelphia he did more than just create St. Augustine's Church.  Father Carr also had the goal to provide education for young men where the classical sciences would be taught alongside instruction in Holy Faith.  St. Augustine's Academy was a boys' school that opened on the grounds of the church in 1811, and that was where the roots of Villanova were planted. 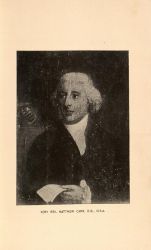 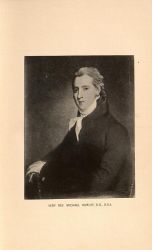 As the Augustinian community grew, its members wanted to expand their educational reach in the Catholic community.  The book Villanova University, 1842-1992 sheds some insight on the founding of the school:

Villanova's Augustinians joined a national movement in the early and mid-nineteenth century to found so-called institutions of higher learning...The various denominations also wanted to educate youth in a way that did not threaten religious beliefs. (15-16)

For this purpose the Augustinians purchased an estate called "Belle-Air" from the Rudolph family in Radnor Township in 1841.  Reverend Michael Hurley, O.S.A., who had been the Pastor at St. Augustine's from 1820-1837 had conducted mass on the estate and the property was already familiar to many priests.  John Rudolph (1760-1838), a lieutenant during the Revolutionary War, a merchant, and a devout Catholic, had purchased this land starting in 1806 and acquired a larger estate over time.  After his death, his wife and remaining family negotiated the sale which the Augustinian community purchased for $18,000.  One of those involved in the original purchase was Reverend John P. O'Dwyer, O.S.A. (1816-1850) who would go on to become the first President of Villanova in 1848.  Father O'Dwyer would place the property under the patronage of Saint Thomas of Villanova and the first chapel on site would be blessed by Bishop Kenrick.  The first classes at Villanova began in 1843, but would be interrupted with the violence occurring in Philadelphia. 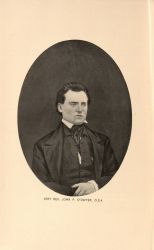 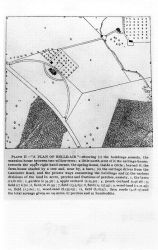 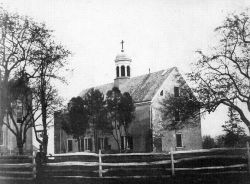 While Villanova did not sustain any damage due to the rioting, they did receive threats of destruction from anti-Catholics and the community was in a constant state of alarm.  Staff and students made precautions such as barricading doors, and keeping watch day and night.  Sadly, along with the destruction of the St. Augustine's Church and its valuable library, most records of early life at Villanova were also lost.

In February of 1845, Father O'Dwyer gathered the students together and informed them that the school would be closed.  The Catholic Herald published his statement:

In consequence of the losses sustained during the May riots in the destruction of their church and property, the members of the Order of St. Augustine are compelled to close the college lately opened at St. Thomas of Villanova near Philadelphia.

In 1847, the college would receive the "Sister Bell" that had been given to Father Hurley in 1830 and damaged in the fire at St. Augustine's.  The bell had been recast using fragments of the original and now would serve a new purpose of calling students to class.  The bell remains at the university today.

In 1849 and 1850 a new hall was opened that contained a reading room and library.  The treasures that were rescued from the library at St. Augustine's found their way here.  Today, some of the books that survived the fire can be found in Special Collections at Falvey Library. 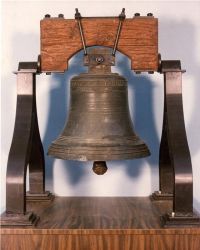 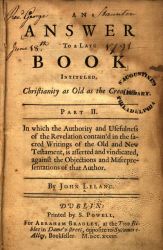 Leland, John. An Answer to a Late Book Intituled, Christianity As Old As the Creation (Dublin: Printed by S. Powell for A. Bradley, 1733), title page. [Digital Library]

There would be other repercussions from the rioting of 1844 that impacted the Catholic community and Villanova.  According to the Historical Sketch of St. Augustine's Church, there was actually a somewhat positive result:

A new portion of health was thus infused into the Catholicism of those days, and when, later on, their numbers were increased by hosts of their co-religionists from faithful Ireland and persecuted Germany, they shook off all fear and rose with invigorated power to advance the cause of their holy religion, as well as to prosper in the progress of time. (123)

Villanova would be one of those prosperous communities.  With the exception of another closing during the Civil War, the college would continue to grow.  Some of the Catholic residents of Philadelphia would flee to the area of Radnor, which was seen as a rural safe haven, thus building and strengthening the Catholic community around Villanova.  While many in Philadelphia and its surrounding environs still could not dream of attending college, their hopes would find a place in the future.  From Villanova University, 1842-1992:

Many of these [immigrants] were Roman Catholics from Ireland, who arrived poor and with limited skills.  Few if any of them could look forward to attending college, but their descendants would do so in ever increasing numbers and would one day be in a position to give generous support to a Catholic institution like Villanova. (15)

Middleton, Thomas C. Historical Sketch of the Augustinian Monastery, College and Mission of St. Thomas of Villanova: Delaware County Pa. During the First Half Cenury of Their Existence, 1842-1892. Villanova, Pa: Villanova College, 1893.

View of Villanova in 1849 including the "Belle-Air" mansion