Commemorating 500 Years of the Complete Works of Saint Augustine

Back to The Maurist, Migne and Caillau Editions

Jacques-Paul Migne (1800-1875), a French priest, published various series of theological works to provide inexpensive editions for the clergy and other interested persons. Of particular importance were the two series of the works of the Latin and Greek Church Fathers and early medieval ecclesiastical writers: the Patrologia Latina in 221 volumes, published in Paris, 1844-64, and the Patrologia Graeca in 161 volumes, published in Paris, 1857-1866. For the most part, Migne reprinted the best available previously published texts. In the case of Augustine (PL 32-47), he used the Maurist edition with a few new manuscript readings. Migne's work soon became the standard for reference to Augustine's works, e.g. PL 32: 659 = Patrologia Latina, volume 32, column 659. 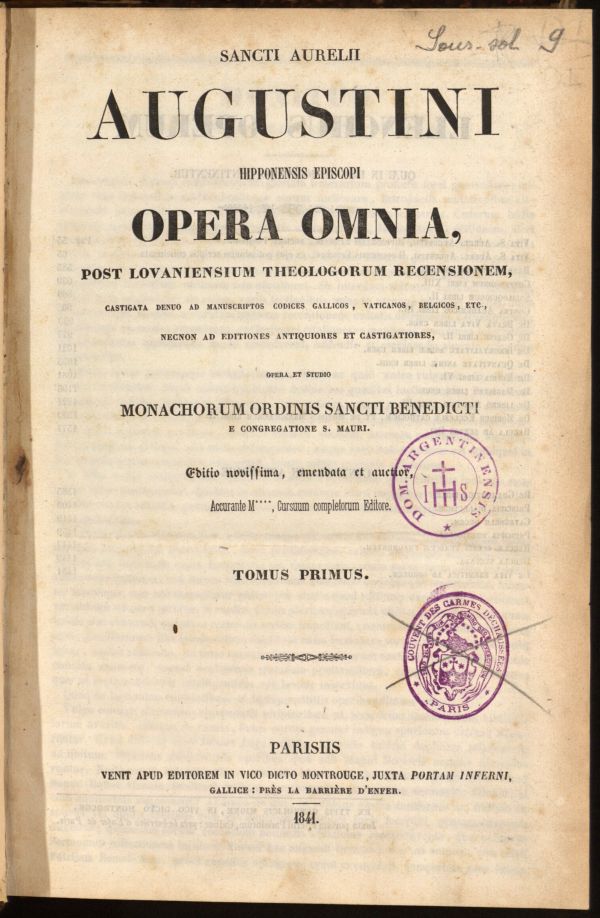